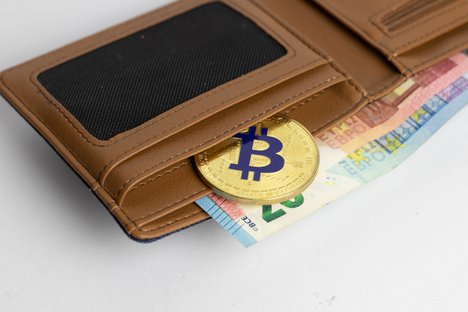 Binance announced it is considering 30 cryptocurrencies for its upcoming U.S. subsidiary. Excluded from the list are 5 coins in the top 20 by market cap, including Bitcoin SV, Monero, Tron, LEO and Tezos, with each coin reviewed to ensure it meets the U.S. listing criteria.

Kakao, the messaging app giant which launched its own blockchain in June, has announced plans to release a cryptocurrency wallet dubbed “Klip” later this year. Specifically, it will support Klay, the native token of the firm’s Klayton blockchain, and related tokens based on its KRC-20 standard. GroundX announced last month several blockchain games will use Klay tokens. The storage and trading of other digital assets will be added in the future.

Reliance Jio Infocomm has pledged to build what it describes as one of the world’s largest blockchain networks, “with tens of thousands of nodes” distributed over the next 12 months.

The SK Group, one of the largest conglomerates in South Korea, is creating a blockchain-based donation platform, built with Ripple’s xCurrent. Once completed, the platform will allow for direct, low-cost and P2P foreign-currency transactions. Two separate tokens will be used. The Social Value Coin (SVC) will trade 1:1 to the won and be used for making donations. The Social Value Power (SVP) will be distributed as compensation to those using the platform. SVPs will be paid out at a ratio of 1 to 1000 SVCs when donations are made.

China’s central bank has said the institution is nearing the launch of its digital currency. Mu Changchun, deputy director of the payments unit at the People’s Bank of China (PBoC), said the systems needed to support the digital yuan offering is “close to being out.” Mu reiterated the digital currency will be a substitute for M0 – coins and notes in circulation – not M2, which includes bank deposits, and will boost circulation of the yuan, including internationally.

Litecoin $87.08 USD (-0.22 percent) will be supported by HTC’s new blockchain-powered smartphone, the Exodus, as well as support through Lightning Network (LN).

Ripple $0.300521 USD (0.71 percent) is looking to make new investments and acquisitions, with a few deals reportedly underway, according to CEO Brad Garlinghouse. He claims Ripple will sign around 100 new contracts this year, with around 20% involving xRapid and XRP. The announcement comes in light of promising Ripple’s Q2 report and the acquisition of MoneyGram helping banks feel more confident in using XRP.

Zcash $57.81 USD (-0.85 percent) is being dropped by the U.K. arm of Coinbase. Coinbase UK is sending letters out warning people they will need to convert their ZEC holding or remove them to an external wallet by Aug. 26, without providing any specific reason behind the move. The Electric Coin Company, developer of Zcash, announced: “to pre-empt speculation, we confirm that Zcash is 100% compatible with UK regulations & KYC/AML requirements.” This comes as the British tax agency has recently been sending out letters demanding cryptocurrency exchanges reveal customers’ names and transaction histories in a bid to claw back unpaid taxes, as well as the UK’s FCA claiming “exchange tokens” such as Zcash do not fall under its regulatory remit.