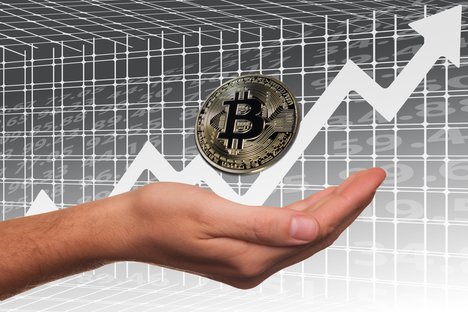 Allianz Global Corporate & Specialty SE (AGCS) is developing a token-based blockchain ecosystem to facilitate cross-border insurance payments for its corporate customers. Allianz will next examine money transfers with a limited scope and for a short period of time.

Blockstream has launched a colocation mining service in the U.S. and already counts the Fidelity Center for Applied Technology and LinkedIn founder Reid Hoffman as customers.

Dürr, a world leading mechanical and plant engineering firms, has secured a sustainability loan of 750 million euros. The credit agreement was self-initiated by Dürr utilizing a blockchain-based syndicated loan platform. The consortium process was also digitized and backed by blockchain, with agreements depending on the company’s sustainability rating.

Etihad Airways has partnered with Winding Tree, a decentralized B2B marketplace built on Ethereum blockchain, to provide its internal information systems. The move will allow the airline to bypass overpriced third-party operators that currently manage its inventories.

HUPAYX, a real-time crypto payments platform, has partnered with KIS Information Communications, the second-largest VAN and merchant enterprise, increasing its scope of adoption to a potential 420,000 locations in Seoul alone.

Koscom, South Korea’s state-backed financial IT firm, will develop a blockchain-powered platform for trading unlisted securities in the second half of 2019.

Overstock is opening trading on its security token market, tZERO, to retail investors starting Aug. 12. This is when the one-year lock-up period for tZERO’s 2018 STO will pass.

Quontic Bank, a New York bank, has opened business for crypto firms, joining the very short list of U.S. banks to embrace the sector. The bank opened a checking account for a bitcoin ATM company and is completing a contract to deliver services to another crypto firm.

Brave browser’s $0.201283 USD (-7.73 percent) BAT Token-powered tipping service has made its debut on Reddit. The news comes only days after Brave launched its desktop services, along with tipping services for Twitter, which has seen strong usage.

Ripple $0.298291 USD (-3.16 percent): A new petition has been created by online crypto influencers asking Ripple to stop selling XRP. According to the petition, Ripple’s routine sale of XRP is keeping the price of the digital asset from rising. “Ripple continues dumping billions and billions of XRP on the market, crashing the price. Every day there is good news… A new bank or partnership announced but still, it manages to keep on dumping”. Ripple owns more than half of the total supply of XRP, with most of its holdings locked in escrow. Each month, Ripple releases one billion XRP from escrow and sells a fraction of that amount to crypto exchanges and institutional participants OTC. Meanwhile, Ripple CEO Brad Garlinghouse says the firm is looking into multiple investments and acquisitions following its $30 million partnership with MoneyGram this June, whilst also claiming Moneygram using XRP is a bigger deal than Facebook’s Libra.

Tezos $1.40 USD (0.86 percent) is now supported for trading on Coinbase’s site, as well as on Android and iOS versions of the Coinbase app.