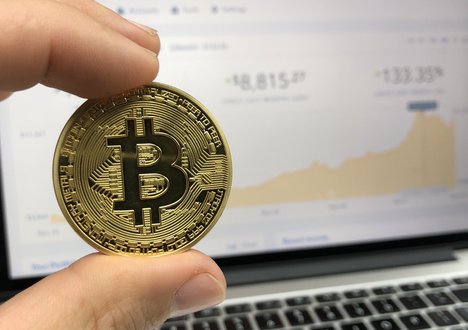 Amazon is looking for a senior software engineer to join its “Advertising FinTech team focused on a Blockchain ledger.” This new team, based in Colorado, will be focused on billing and reconciliation systems to provide transparency on trans-national financial data.

The European Central Bank (ECB) says the “central banking community” will refine its monitoring of cryptocurrency transactions, both on- and off-chain.

Standard Chartered Bank has successfully completed the first international letter of credit (LC) transaction on oil industry-focused blockchain platform Voltron. The bank conducted the transaction for PTT Group and IRPC, shipping oil from Thailand to Singapore. The platform allowed a “significant reduction” in the time to complete the trade, taking less than 12 hours.

Seoul Metropolitan Government will establish its first blockchain-based administrative services in November. The city’s blockchain points system will be introduced and residents of Seoul will receive S-coins for the use of public services. Residents can redeem points for rewards and generate coins by paying taxes and participating in public opinion polls. Meanwhile, the Financial Intelligence Unit (FIU) of South Korea’s Financial Services Commission has revealed plans to bring crypto exchanges under its direct regulation.

Binance Coin has been integrated by Cryptobuyer into its point-of-sale solution for over 200 stores and retail chains in Latin America. The payment gateway has developed a network of more than 50,000 registered users, crypto ATMs and a crypto payment solution for physical store purchases. Cryptobuyer counts Traki, the largest retail chain in Venezuela with 46 superstores, among its clients.

Bitcoin Cash’s launch on Coinbase in December 2017, in which Coinbase was accused of insider trading, has finally been removed in a court order issued by U.S. District Judge Vince Chhabria of the Northern District of California. Coinbase initially added BCH to its platform, but halted trading, leaving users unable to sell at higher prices.

Ethereum’s Enterprise Ethereum Alliance (EEA) is setting up a technical group working on collaboration between the mainnet and enterprises. The EEA Mainnet Initiative intends to accelerate cooperation between EEA’s enterprise and startup members, as well as those who work on mainnet technology and interoperability solutions.

Ripple announced it is onboarding a total of 20 financial institutions that have signed up to use the cross-border payment solution xRapid. Since the partnership with MoneyGram, the XRP market on Mexico-based crypto exchange Bitso has been has seen strong growth in xRapid payment volume, with market makers being attracted. Ripple also claim xRapid will one day connect to the Interledger Protocol (ILP), which is designed to settle payments between various digital assets and fiat currency.

VeChain’s wine traceability platform now oversees more than 20 wines in Shanghai’s Pilot Free Trade Zone. The most recent partnership includes Penfolds, one of Australia’s oldest wineries. To combat the illicit Chinese wine trade, Shanghai Waigaoqiao Direct Imported Goods Co (D.I.G.), a major importer in the region, partnered with VeChainThor to use and launch its authenticating system. D.I.G. has now reported a 10 percent increase in sales for vintages tracked by the platform since launch.