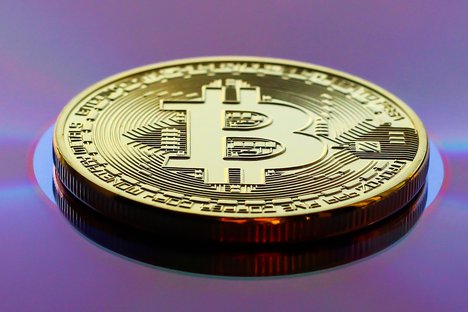 Austrian State Printing House – a 200-year old secure printing firm which is now the country’s high-tech passport maker and provider of other secure identity solutions – has launched a cryptocurrency hardware wallet through their subsidiary YOUNIQX Identity. Called Chainlock, the wallet can be managed through an app and is secure from unauthorised access to private keys over the internet, WiFi and NFC, the firm claims.

Bank of China has published an educational article about Bitcoin. The extensive infographic casts the Bitcoin in a positive light and has crypto insiders, as well as Binance CEO Changpeng Zhao, speculating on the country’s own fiat-backed digital asset. Zhao tweeted: “Who wants to bet the Chinese version of Libra gets there first?” in response to the news.

Bakkt is waiting on the approval from the New York Department of Financial Services to act as a qualified custodian – the last regulatory approval needed before launch.

Bill Miller’s hedge fund saw 46 percent growth in the first half of 2019 due to outstanding results by investing in Bitcoin among other high-performing stocks. The famous investor follows a strategy of investing in securities that trade at a large discount to their intrinsic value.

Square’s stock is up about 56 percent in 2019 following significant growth in their Cash App. At the end of June, Square enabled Bitcoin deposits to all its Cash App users.

The US Department of Defense (DoD) has released a new document stating the Defense Advanced Research Projects Agency (DARPA), one of its agencies, is exploring how blockchain can help facilitate the transmission of secure messages and transactions.

Bitcoin $9,506.76 USD (-0.02 percent) continues to receive support from Russell Okung, the LA Chargers offensive tackle, who tweeted to his 160,000 followers that he should do a Bitcoin giveaway. This follows a request he made to the NFL to pay his salary in BTC.

SWX Coin, a hemp-backed token based off the Bitcoin blockchain, has launched. Founded by Greek billionaire and television director Alki David and his Swiss consortium, they have also launched the Swissx Bank of Cannabis to operate the token. Initially, the bank and its coin will manage all Swissx’s financial transactions with its partners in the U.S., Europe and the Caribbean, but the coin is designed to be a transparent venue for all transactions. Prime Minister of St. Kitts-Nevis Denzil Douglas has joined the bank’s board.

Ripple’s $9,506.76 USD (-0.02 percent) chief technology officer David Schwartz is responding to concerns about a new open-source tool designed to let people upload files of any size onto the XRP ledger. Schwartz suggests “the cleanest change would be to start by taking size into account when computing the base transaction fee with things adjusted so that the vast majority of transactions made today still have a 10-drop base fee”. Whilst, he does not believe there in a serious short-term attack, “the threat is that an attacker can maliciously gradually increase the cost of running a server and keeping history over a long period of time.” Meanwhile, money transfer company Currency Bird says it’s the first in Chile to become a member of RippleNet, as Ripple continues to expand its presence across South America. Lastly, Ripple has signed an open letter to United States regulators ahead of fresh hearings on cryptocurrency regulation this week. With mixed feelings from Congress on both Facebook’s Libra digital currency and crypto more broadly, Ripple CEO Brad Garlinghouse appealed to be lenient in its future approach.