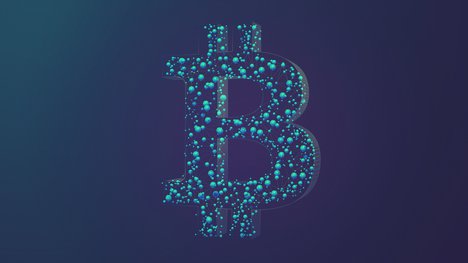 Bitpoint, a licensed cryptocurrency exchange based in Japan, has been hacked for $32 million in crypto assets. The exchange’s parent company Remixpoint Inc. said in an announcement that $23 million of the illegal outflow belonged to its customers. This follows several hacks in Japan including Coincheck’s $530 million hack. Japan’s FSA claimsthere are 110 new exchanges in “various stages of registration.” In 2018, the FSA, did not grant approval for any crypto exchanges. The year prior, the agency approved 16 new exchanges.

IDEO CoLab, a subsidiary of design firm IDEO, has partnered with 20 blue chip and crypto firms to launch a blockchain accelerator dubbed Startup Studio. Partners include Amazon, Deloitte, Fidelity, Messari, the Ethereum Foundation, the Stellar Foundation, among others, to build on the distributed web incubator that IDEO CoLab launched in February.

Fidelity Digital Assets is looking to boost its team with the addition of 10 new blockchain professionals. Fidelity launched its digital asset custody service early this year and aims to roll out a crypto trading service for its clients this year as they await regulatory approval.

Brazilian coffee farming cooperative Minasul plans to issue a coffee-backed token. Minasul’s president Jose Marcos Magalhaes declared at the Global Coffee Forum in Campinas that Minasul intends to launch the token this month. Farmers will be able to use the coin to buy fertilizer, machinery and other non-farm products in a digital marketplace.

U.S. President Donald J. Trump tweeted he is “not a fan” of cryptocurrencies, saying they were “not money” and referencing their price volatility relative to the dollar in his first public comments on crypto since becoming president. Trump also criticized Facebook’s Libra project, saying it “will have little standing or dependability” and suggesting U.S. regulators will require them to gain a banking license. This comes as Federal Reserve Chairman Jerome Powell said he can envision a return to an era where multiple currencies are in use in the United States and compared Bitcoin to “as an alternative to gold.”

Bitcoin $11,697.45 USD (1.25 percent): Law enforcement officials in Spain are arguing that a recent effort to break up a criminal organization has exposed a gap in European AML regulations issued by the European Commission and that are set to be executed by next year. The criminal organization provided large-scale money laundering services using Bitcoin ATMs, which fall out of the current financial regulations. This week, the Supreme Court of Spain dictated that Bitcoin is not money. Meanwhile, mining difficulty on the Bitcoin network has taken its steepest upturn in almost a year. Difficulty surged over 14% to hit a hash rate of 64.85 EH/s — a new all-time-high in the network’s history.

Ethereum $352.95 USD (2.91 percent): A second token this week has gained Reg A+ qualification from the U.S. SEC. Ethereum-based token Props, created by YouNow, rewards users and creators with tokens on the streaming platform.

Litecoin $105.40 USD (3.20 percent) Foundation have partnered with American football team the Miami Dolphins to accept cryptocurrency payments commencing on Sept. 5 – the start of the 2019 NFL season – becoming their “official cryptocurrency.”