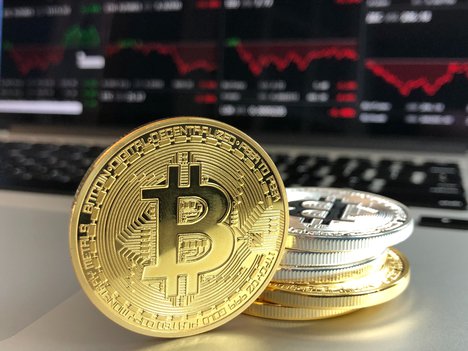 Anchorage, a company providing crypto custody services for institutional investors, has just raised $40 million in a Series B funding round led by notable names including Blockchain Capital, Visa and existing investors such as Andreessen Horowitz also participating.

Binance has launched version 2.0 of its platform – a move that officially adds margin trading for its customers. Binance indicated leverage is just 3x and not the 20x anticipated.

Blockstack, thedecentralized Internet firm, has received approval from the SEC for a $28 million Reg A+ offering – one of the first SEC-approved token offerings on the market. Blockstack will start selling the tokens for fundraising today, allowing $50 million to be raised.

Facebook’s Libra will not be allowed to launch until the company details how it will handle several regulatory concerns, according to Fed Chair Jerome Powell. Meanwhile, Tyler and Cameron Winklevoss, co-founders of Gemini, may soon join the Libra Association – a surprise move considering the Winklevoss brothers’ legendary lawsuit with Mark Zuckerberg – but they now want to be “frenemies” with a mutual goal of promoting crypto adoption.

Nornickel, the Russian mining and smelting giant, is planning to roll out a digital platform for metals trading this year. This follows their partnership with IBM to launch an educational program for specialists to develop digital technologies for the mining and metals industry.

Shell and Japanese business giant Sumitomo Corporation Group have invested in a U.S.-based blockchain startup working to “democratize the energy industry” – raising an undisclosed sum. With LO3’s system, a mobile app enables users to choose from different local energy resources and further allows them to select a specific supplier.

Turkey government has published the “Eleventh Development Plan”, including several items related to blockchain, with a bid to create a central bank digital currency. The plan covers the period between 2019 and 2023, aimed at providing greater support to the economy.

Bitcoin $11,453.02 USD (-11.87 percent) suffered another $1000 sell-off, denying a bullish breakout that looked primed to test its recent 2019 highs. Meanwhile, Opera has added support for Bitcoin and Tron to the crypto wallet for Opera for Android. Users of Opera for Android can now send and receive BTC, TRX and TRC-10 standard tokens and webpages can also request and receive addresses for users to complete transactions with BTC.

Ethereum $270.59 USD (-12.60 percent): Omar Reyes, candidate for Congress in Florida, wants to give an Ethereum-based token, OMR, to campaign volunteers to incentivize their work — and federal officials appear poised to give approval. Meanwhile, a new public blockchain just raised more than $12 million with several notable backers, including Coinbase, Ripple and Pantera. The platform, called Near, aims to compete with industry leaders Ethereum, EOS and Tron, with a team comprised of programming veterans from Google, Facebook and other major tech firms. Lastly, a new Ethereum-based platform, Candence, is now live – allowing users to turn commercial debt into ERC20 tokens.

Tether $0.996604 USD (-0.63 percent) had been requested by Metropolitan Commercial Bank to close its accounts with the bank within 5-months of opening. The bank has now shut down accounts associated with Tether. This follows the office of the New York Attorney General submitting 30 documents allegedly proving Bitfinex and Tether have, in fact, been operating in New York, while the defendants argued the opposite.