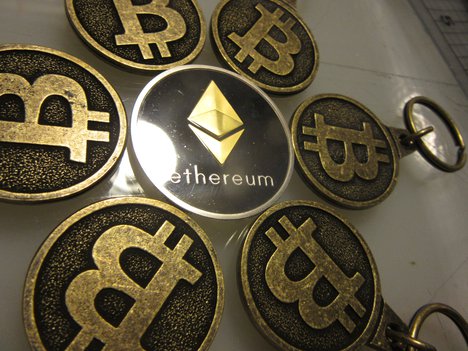 Facebook: Japan’s central bank has joined regulators worldwide expressing concerns over the project – suggesting Libra Coin would be “piggybacking for free on a financial system that takes heavy costs.” This comes as four more U.S. lawmakers joined the call on a moratorium to all libra development. A group of U.S. privacy and consumer watchdogs has also asked U.S. Congress to halt the project. The more than 30 signers include the Center for Digital Democracy, Consumer Reports, and the Service Employees International Union.

Gemini is applying for a broker-dealer license from the Financial Industry Regulatory Authority (FINRA) – the first step toward becoming an approved Alternative Trading System.

Cuba’s communist government announced on state-run TV it is interested in using crypto as part of a package to boost incomes for quarter of Cubans and assist with market reforms.

The U.K. Financial Conduct Authority (FCA) is consulting over an outright ban on the “sale, marketing and distribution to all retail consumers” of derivatives as well as exchange-traded notes (ETNs) linked to “unregulated transferable cryptoassets”. They fear retail investors “cannot reliably assess the value and risks of derivatives or ETNs for certain cryptoassets.” Contrarily, this comes as Prime Factor Capital has become first crypto hedge fund approved by the FCA to invest exclusively in the cryptocurrency asset class.

Bitcoin $11,319.29 USD (12.64 percent) now has its first genuine BTC bond. Luxembourg-based Argento, a securitization firm, joined forces with London Block Exchange (LBX) to issue the BTC-denominated bond, which is regulated by the U.K. FCA. It is available via Bloomberg Terminal and is the first crypto product to have its own ISIN code. Meanwhile, Academic researchers at the University of Cambridge (UoC) have launched a real-time index — the Cambridge Bitcoin Electricity Consumption Index, or CBECI —  that tracks the total electricity consumption of the Bitcoin network, updated every thirty seconds.

Ethereum $294.86 USD (5.76 percent) Foundation’s head of special projects, Virgil Griffith, claims they are partnering with finance experts in the Gulf Coast to pursue a “moonshot”. They are looking to gain compatibility with Islamic law as a first step towards securing investment from the Middle East. PIF, Saudi’s sovereign wealth fund, has been in touch with ConsenSys. This comes as South Korea’s largest telecom and the third top conglomerate SK Group has invested $10 million in ConsenSys. Meanwhile, eToro’s cryptocurrency wallet is adding support for 120 ERC-20 standard tokens. First to be included in the wallet are Maker, Basic Attention Token, OmiseGO, with the others to follow in the “near future.”

Ripple $0.400142 USD (2.29 percent) and Stellar Lumens $0.103978 USD (2.55 percent) have gained support for trading from Falcon Private Bank; the Swiss bank providing private banking and wealth management services for high-net-worth individuals and investment companies worldwide. It was one of the first banks in the world to officially begin managing blockchain-based assets for its customers back in July 2017.