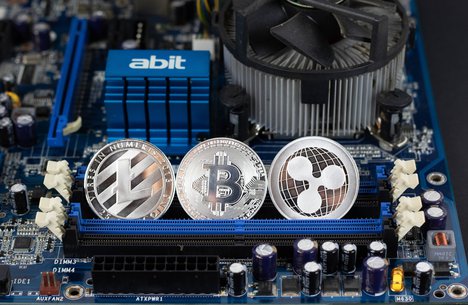 Apex Clearing and its subsidiary Apex Crypto have launched a new trading platform for broker-dealers and financial advisors to help their clients trade crypto more effectively.

Binance is talking to Facebook about getting involved in their Libra project, including a possible future listing of the libra token as a secondary market. Binance may also support the Libra blockchain by acting as a permissioned node that validates transactions. Facebook has said they will eventually have 100 nodes and has already named firms like Visa, Uber, eBay and Lyft as committed to the role – at the sum of $10 million apiece. Facebook is looking to now hiremore than 30 professionals to ramp up its blockchain work and Wallet.

Gemini is opening a Chicago office as part of a fresh push into the nascent institutional market. They have hired five former Coinbase engineers, whom the rival crypto exchange laid off in April when it shuttered its own Chicago-based office.

The Trump Administration has tapped Israeli crypto startup Orbs to develop blockchain solutions for the longstanding Israeli–Palestinian conflict. Treasury Secretary Steven Mnuchin said investments in the Palestinian territory would be like a “hot I.P.O.” The White House is aiming to put $50 billion behind it’s so-called “Peace to Prosperity” plan. Orbs cofounder Netta Korin claims her team has been “working with the U.S. Administration and the State Department on several projects,” demonstrating the power of blockchain.

The Web3 Foundation has closed on a private sale of tokens to fund the development of Polkadot, the blockchain interoperability project started by Ethereum co-founder Gavin Wood. 500,000 DOT tokens were sold at the targeted valuation for the project of $1.2billion.

Binance Coin $34.33 USD (2.27 percent): A massive BNB transfer worth $1.23 billion was sent between two unknown wallets. CEO Changpeng Zhao claims the transaction only cost $0.015 in fees and processed in 1.1 seconds.

Ethereum Classic $7.92 USD (-2.83 percent) Labs has announced it will create a solution for ETH/ETC interoperability, with Metronome (MET) being the first crypto to have the property of blockchain interoperability.

Stellar Lumens $0.110885 USD (-0.17 percent) is now supported on Coinhako – available in Singapore, Vietnam and Indonesia and paired against their fiat currencies.

Ripple $0.415421 USD (-3.03 percent) client SendFriend is now live with xRapid, Ripple’s XRP-powered solution for moving money across borders after launching its service in New Jersey. They also announced plans to roll out its service in Texas. Meanwhile, regulation technology startup Coinfirm has signed an agreement with Ripple to investigate how XRP is being used, including XRP’s compliance with anti-money laundering (AML) provisions.