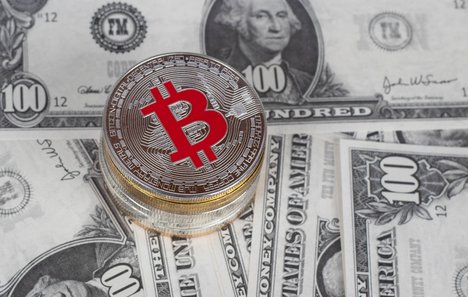 Facebook’s Libra crypto will now have a hearing on July 16 with the U.S. Senate Committee on Banking, Housing, and Urban Affairs set to evaluate the risks involved. Pony Ma, CEO of Tencent, thinks regulation will be the deciding factor for the success of Facebook’s Libra. Chinese internet giants are paying close attention but appear unlikely to follow Facebook into the crypto space anytime soon. Meanwhile, Jerome Powell, chairman of the U.S. Federal Reserve, said during the two-day Fed policy meeting Facebook has met with the central bank and regulators around the world before their Libra launch but has reiterated Governor Carney’s stance of implementing the “highest standards” in global regulation.

LINE, the Japanese messaging giant, may soon be able to open a crypto exchange for Japanese users as Bloomberg reports they are close to winning a crypto exchange license from the Japanese Financial Services Agency (FSA), which could issue the approval as early as this month. The platform, BitMax, will enable trading services to its 80 million users.

Token, a new fintech firm, has received a $16.5 million injection from investors including the BNP Paribas. The open banking platform says it will use the capital to further develop its TokenOSTM operating system — and “accelerate new ways of innovating payments with digital money and ID solutions.” Token claims more than 4,000 banks have connected to its platform, with Mastercard recently coming on board as a partner.

YouNow, the live streaming startup, has filed a public offering with the United States Securities and Exchange Commission (SEC) for its Props token. The YouNow app — which counts 47 million registered users — has submitted its application as a Regulation A+ filing, which could see accredited and retail users globally earning Props tokens in full compliance.

Binance Coin $36.31 USD (2.97 percent) has been listed on KuCoin. KuCoin will offer BNB trading pairs with BTC and Tether. The announcement also notes KuCoin will support projects based on Binance’s native blockchain, Binance Chain, in addition to its native coin BNB. The recent development shows major trading institutions are putting trust in Binance’s token-vetting process on its initial exchange offering platform. BNB continues being one of the best performing coins this year and is one of the few coins in the green today after its listing.

Ripple $0.424023 USD (-1.94 percent) just announced three new hires, including a new VP of institutional markets, VP of corporate development and a new global head of governmental relationships. Meanwhile, MoneyGram’s stock has jumped 168% since Ripple’s announcement of buying $30 million shares at a big premium of $4.10 per share.