Daily Cryptocurrency Bulletin For Friday, May 17, 2019 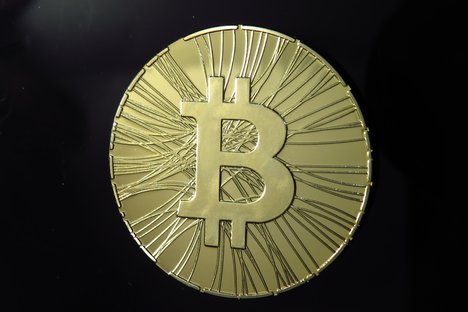 Clearmatics and UBS have been working on a cryptocurrency that would be “linked to real-world currencies and connected to central bank accounts” since 2015. Now, a new Reuters report claims some of the world’s biggest banks are said to be investing around $50 million to build a blockchain-based digital cash settlement system called Fnality.

Coinbase is in advanced talks to acquire Xapo for roughly $50 million, beating Fidelity for its signature. Xapo offers a BTC wallet combined with a cold storage vault and a BTC-based debit card. The company is said to be the largest custodian of BTC in the world.

LVMH has teamed up with ConsenSys and Microsoft to build a blockchain-powered platform that allows consumers to verify the authenticity of luxury goods. LVMH brands including Louis Vuitton and Christian Dior are already involved in the project.

Microsoft says it’s building a new decentralized network using the Bitcoin blockchain to allow people to manage their own digital identities. The Sidetree-based DID network, called ION (Identity Overlay Network) “greatly improves the throughput of DID systems to achieve tens-of-thousands of operations per second.” Public release is set for the next few months.

Poloniex announced it will prevent US buyers from purchasing nine crypto assets – ARDR, BCN, DCR, GAME, GAS, LSK, NXT, OMNI and REP – claiming “it is not possible to be certain whether US regulators will consider these assets to be securities.”

Augur $20.86 USD (-13.45 percent) has been forked by prediction market and derivatives platform Veil to create AugurLite. The application was created in order to support bets on the upcoming U.S. presidential election.

Bitcoin’s $7,295.13 USD (-8.13 percent) rally has hit a stumbling block as a massive sell order on Bitstamp, which led to BitMEX liquidations, has been estimated to be around 5,000 BTC, worth more than $35 million. BTC fell more than 21 percent within two hours on Bitstamp, with the combined market cap of all cryptocurrencies dropping around $30 billion.

Kik’s $0.000046 USD (-3.80 percent) CEO Livingston says the messaging platform has spent $5 million engaging with the U.S. SEC over what the regulator claims was an unregistered securities sale, raising $98 million in an ICO at the end of 2017. Livingston explained at New York’s Token Summit kin is being used as a currency: “In the last month alone, more than a million people earned kin from 40 different apps, from 40 different companies. More than a quarter million people used kin, making it the most-used cryptocurrency in the world.”

Tether $1.01 USD (0.58 percent) and Bitfinex have been ordered by Judge Joel Cohen of New York’s Supreme Court to turn over documentation about a loan and a line of credit Tether provided to Bitfinex. Tether must freeze all transfers to Bitfinex but may resume operations for up to 90 days but the NYAG’s office can petition to extend.

Tron $0.026063 USD (-10.24 percent) is gaining support from Opera to integrate TRX and TRC-standard tokens in its browser-based crypto wallet giving the browser’s more than 300 million users worldwide access to these tokens. The integration will also allow users to play Tron games and access Tron dapps within the browser.