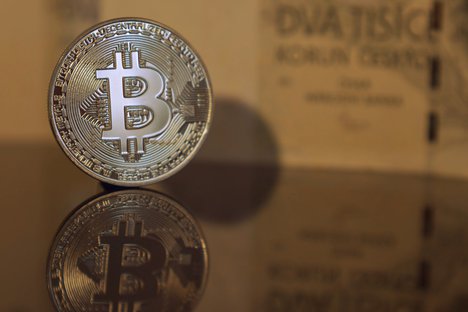 Binance CEO Zhao dropped a major hint on the potential launch of a new stablecoin.

Bitfinex shareholder Zhao Dong has revealed more about Bitfinex’s planned token sale, claiming they aim to raise as much as $1 billion as soon as next week. There will be a minimum buy-in of $1 million, with $500 million claimed to be already been subscribed.

CFTC Chairman J. Christopher Giancarlo provided positive comments on crypto testifying before the U.S. House Agriculture Committee yesterday: “the Commission anticipates new applications for clearinghouse registration resulting from the explosion of interest in cryptocurrencies; an area in which protection of the cryptocurrencies will be one of the highest risks.”

CipherTrace, a blockchain forensics and cryptocurrency intelligence firm, has released a new report showing cryptocurrency schemes and hacks are on the rise. The uptick has pushed losses to $1.2 billion for the first quarter of 2019, compared to $1.7 billion in losses for all of last year.

CoinMarketCap has formed a new initiative, dubbed the Data Accountability & Transparency Alliance (DATA), with all major exchanges to tackle concerns over crypto data reporting. They will be removing exchanges from its calculations if they fail to provide mandatory data by June.

Square Q1 earnings report revealed strong growth in bitcoin sales through its Cash app, with an 80 percent gain over the prior quarter. Square reported $65.5 million in bitcoin revenue – topping previous all-time highs. Bitcoin costs, however, were $64.7 million giving a profit of $832,000.

Washington State has just passed a bill that recognises and protects the legal status of electronic records pertaining to distributed ledgers like blockchains. The bill also provides legal definitions for the terms “blockchain” and “distributed ledger” to help legitimise the industry.

Ethereum $161.07 USD (-0.60 percent) Foundation has launched a complete overhaul of its website, Ethereum.org. The Foundation says it’s focusing on offering a portal of community-built resources for new developers and users.

IOTA $0.296129 USD (-2.46 percent) has partnered with the government transportation department in the city of Austin, Texas to develop a interoperable transportation ecosystem. They describe their shared vision of a system in which every transit system can interact with the same payment app and a single digital identity using IOTA’s Tangle system.

Ripple’s $0.303344 USD (-1.42 percent) former CTO Stefan Thomas, founder of Coil, has just opened the public beta on its blogging platform designed to help scribes earn XRP. Initially, the goal is to allow free access with tipping and payment options for bonus content. Meanwhile, Ria Money Transfer, a subsidiary of Euronet Worldwide and one of the largest money transfer businesses in the world, has joined RippleNet to leverage xCurrent.

Tron’s $0.023643 USD (-1.85 percent) efforts to promote the new, Tron-powered version of USDT are stumbling following the New York Attorney General’s fraud allegations. CoinFlip, a crypto ATM startup, had planned to add the Tron version of USDT to more than 180 of its machines, allowing people to buy the token for cash at convenience stores, gas stations and tobacco shops across the U.S. They are now the latest firm to put plans on hold. Crypto whales continue to pull millions out of Bitfinex, with more than $243 million withdrawn since April 25.