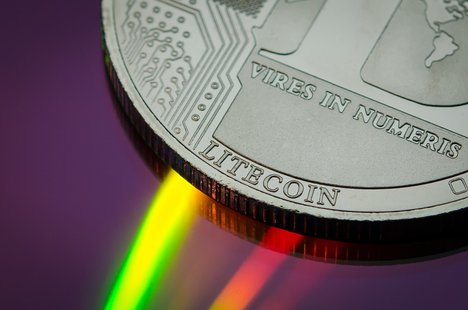 BitGo has passed an advanced security review by one of the Big Four auditors; claiming to be the first crypto startup to receive a SOC 2 Type 2 certification.

Bitfury has partnered with a Swiss investment firm to release a dedicated bitcoin mining fund for institutional investors. Final Frontier, in which Bitfury holds a minority stake, has gained regulatory approval for the fund from neighboring Liechtenstein.

BlockFi, the crypto lending startup, has gathered another $18 million in BTC and ETH deposits since the end of March, growing their client base 50 percent in the first half of April.

Coinbase is shutting down the Chicago office it opened a year ago, eliminating 30 engineering jobs. Known as Coinbase Markets, the division was dedicated to creating high-frequency trading strategies for cryptocurrency.

Huobi Japan and Fisco are being investigated by the country’s financial watchdog.

Samsung is developing its own hybrid blockchain network based on Ethereum and will look to issue a “Samsung Coin” token, according to an exclusive CoinDesk Korea report.

Societe Generale has issued $112 million worth of covered bonds in the form of a security token on the public Ethereum blockchain. They used the OFH token (home financing obligations) for issuance in the pilot, which they claim improved efficiency.

TD Ameritrade appears to be testing Bitcoin and Litecoin products. The US brokerage giant is testing LTC/USD and BTC/USD trading via symbol, CXERX. If the new crypto pairs are fully implemented, 11 million client accounts totaling $1.2 trillion in assets will have access.

Bitcoin’s $5,447.05 USD (-2.25 percent) largest Lightning Network companies, Lightning Labs, has released its first desktop app on the Bitcoin blockchain. Previously in testnet, users can finally use it to send and receive real money.

Ethereum’s $164.67 USD (-6.06 percent) Name Service (ENS) system is receiving a major upgrade – with the process of registering .eth, .xyz, and .lux domain names being reduced from five days to within a minute. Names registered on the ENS will also be treated as non-fungible tokens (NFTs), allowing them to be exchanged like tokens on the Ethereum network. Users have one year after May 4 to migrate their domain.

IOTA $0.283885 USD (-8.32 percent) Foundation have released plans for expanding its presence in the US and Canada after focusing much of its efforts in Europe.

ParagonCoin $0.109676 USD (-3.03 percent) is selling a property that it had intended to use as a cannabis co-working space, with a price tag of $4.2million. PRG token were originally intended to be used by marijuana-industry startups to pay rent for the shared office space. ParagonCoin “do not intend to make further investments in real estate” and will now focus on the continued development of its blockchain “track and trace” software product for cannabis businesses and potentially other industries.