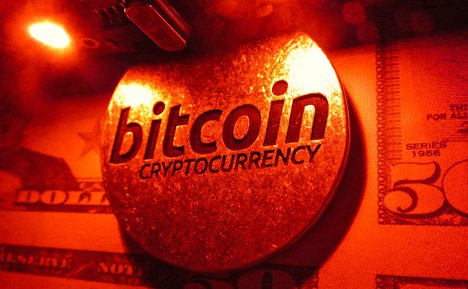 Bittrex’s application for a BitLicense has been rejected by the New York Department of Financial Services. The regulator “issued several deficiency letters” addressing Bittrex’s AML procedures, Office of Foreign Assets Control compliance and its coin listing process. They question Bittrex’s training program; stating their “current policies and procedures are either non-existent or inadequate”. Bittrex has 14 days to cease conducting business in New York.

Coinbase has launched a Visa debit card allowing customers in the U.K. and EU to spend their cryptocurrencies directly from their Coinbase accounts. The exchange has also launched an app for the card, enabling customers to select wallet’s for spending.

Tata Consultancy Services (TCS), India’s second largest firm, has completed a blockchain trial for cross-border securities settlement between Morocco’s Maroclear depository and the Kuwait Clearing Company. The project created a set of equity and fixed income securities for the two central depositories on TCS’s Quartz blockchain. Transactions were settled “instantaneously” with “cash coins,” a fiat-pegged stablecoin, which the firm said “reduces risks, costs and has the potential to create enhanced liquidity” in the Middle East and Africa.

The Mauritius Financial Services Commission (FSC) has clarified the rules applying to projects launching STOs. Issuers raising funds through STOs require prior approval from the FSC, unless targeting “sophisticated” or “expert” investors and funds, or professional investment schemes. Further, anyone soliciting others to transact in security tokens is also required to gain a license under the Securities Act and “strictly” comply with relevant rules

The U.S. Department of Energy is exploring blockchain technology to defend against cyberattacks on power plants. They announced phase two of an electric grid security project has been launched in partnership with decentralized cybersecurity startup Taekion.

EOS $5.43 USD (-7.03 percent) blockchain is gaining over 700,000 user accounts from a freelancing website. Moonlighting, a marketplace for freelance professionals, has taken on a $5 million investment round led by the FinLab EOS VC fund, a joint venture of FinLab AG and Block.one. The investment will be used to grow Moonlighting’s user base and to integrate its existing infrastructure with EOS. Moonlighting CEO Jeff Tennery claims they chose “EOSIO due to its ability to scale transaction processing, maintain low transaction costs and enable ease of user account management.”

MakerDAO $0.958257 USD (-0.51 percent) Ecosystem Growth Foundation held a heated call yesterday, rising questions over an ongoing board shakeup and transparency issues over who is in control of a $190 million pot of MakerDAO governance tokens. This comes as MakerDAO stakeholders face another decision to increase DAI’s “stability fee.” Having upped fees four times in the past three months, a majority vote shows a fifth increase is likely incoming with the DAI dollar peg yet to return to parity.

Litecoin $77.52 USD (-11.83 percent) has announced a major update for LoafWallet for iOS and Android including new recovery features and the ability to buy LTC directly.