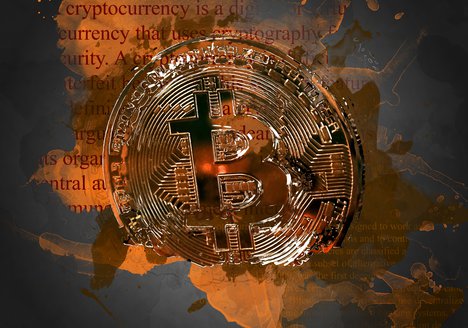 Bakkt has tapped former Cisco and IBM executive Tom Noonan to lead its board of directors – “a cyber expert” and founder of Internet Security Systems, JouleX and Endgame. CEO Kelly Loeffler says the company is getting closer to gaining approval from regulators.

Bithumb has had around $13 million in the EOS cryptocurrency stolen in a hack it suspects was an insider job. “All the [stolen] cryptocurrency is owned by the company.” The news comes nearly a year after Bithumb was hacked for $30 million-worth of cryptocurrencies.

Universal Protocol Alliance, a group of six blockchain firms, is launching a euro-pegged stablecoin next month, “universal euro”, that can be staked for 8 percent annual returns.

VKontakte (VK), Russia’s most popular social media platform, is considering developing its own crypto – allowing users to obtain tokens in exchange for their activity on the platform.

The U.S. SEC has delayed their decision once again on two Bitcoin ETF proposals submitted earlier this year. Bitwise Asset Management’s proposal with NYSE Arca will now only by determined by May 16, whilst VanEck and SolidX’s proposal has until May 21, 2019.

Bitcoin $60.66 USD (-0.03 percent) is set to accepted for property tax payments starting next month as part of a one-year trial in Innisfil, Ontario, in partnership with Toronto-based digital assets trading platform Coinberry. Meanwhile, Bitcoin’s steady rise has been attributed by crypto researchers to a company called Veriblock. Veriblock is a tool designed to boost the security of altcoins by linking them to the Bitcoin blockchain. The platform currently accounts for about 18% of Bitcoin’s total hashrate.

Litecoin’s $60.66 USD (-0.03 percent) price has doubled in the first three months of 2019 to register its best Q1 performance on record. The gains could be associated with the mining reward halving from 25 LTC to 12.5 LTC on August 8. Crypto Facilities, a subsidiary of Kraken, has seen trading volume in LTC futures contracts rise from $15 million in monthly notional volume to $100 million. Meanwhile, LTC-backed loans are now available on Nexo.

Ripple $0.311892 USD (0.62 percent) startup XRPL Labs is developing a new payments app designed to give store owners an easy way to accept XRP. A prototype of the PoS system is up and running and will be tested at an upcoming meetup in The Netherlands. The app is titled XRPay will be launched on Google Play and the App Store shortly. Meanwhile, India’s Federal Bank is the latest major private bank to partner with Ripple to utilize the company’s cross-border payment solution xCurrent. Lastly, a new report from the World Bank praises Ripple’s xRapid as a real-world solution being “actively tested” in the market to improve business to business remittances.