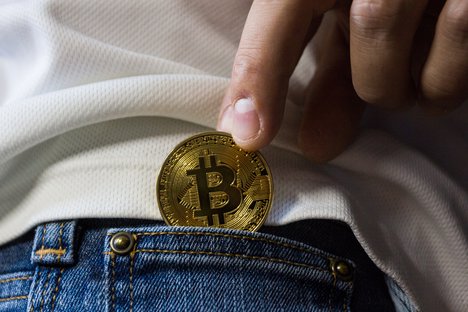 Arrington XRP Capital’s has received a fresh $30 million investment from one of their largest limited partners, according to founder Michael Arrington – also founder of TechCrunch. This has helped the fund acquire Australia’s ByteSize Capital, which will bring much needed trading expertise to help manage holdings during the prolonged bear market.

Canaan Creative is considering another attempt to go public but now on the newly created Science and Technology (Sci-Tech) Innovation Board within the Shanghai Stock Exchange.

Trustology, founded by technologists who previously worked BNY Mellon, RBS and Barclays, has launched an iPhone-controlled crypto vault it claims is secure enough for financial institutions. TrustVault is available for download at the Apple UK App Store, and initially can be used to store Ether, with bitcoin support to be added soon.

BitTorrent $0.000782 USD (0.78 percent) has just released BitTorrent Live, a new social media and live streaming platform that features a Snapchat-like interface and offers users a new way to share video content. The platform is now up and running for early access testing, allowing users to pay for services with BTT.

CEDEX $0.038567 USD (6.13 percent), the blockchain-based trading platform, announced it has now secured a supply of more than 6,000 diamonds ahead of its launch of a diamond ETF. The diamonds – worth more than $50 million – will provide traders with a variety of investment options prior to the launch of the ETF as they seek to turn diamonds into a tradeable asset class. A “DEX” algorithm gauges the value of diamonds based on their characteristics and shows sellers a DEX score using the CDEX Coin. CEO Saar Levi claims: “bridging the gap between existing financial markets and the diamond industry will fuel this untapped market from a $90 billion industry to an estimated $300-$400 billion.” The firm is currently in talks with commodity brokers, exchanges, banks and ETF issuers to offer them a software solution that will allow integration of its ETF products.

Ripple $0.309141 USD (-0.40 percent): Huobi announced it will launch XRP futures contracts on its derivatives exchange this Friday. Huobiis also courting big-money investors with the introduction of a new institutional team led by Katelyn Mew, a BlackRock and Charles Schwab veteran. The exchange just added Zilliqa, Golem, IOST and Icon trading pairs, bringing the number of coins paired with XRP to 38.