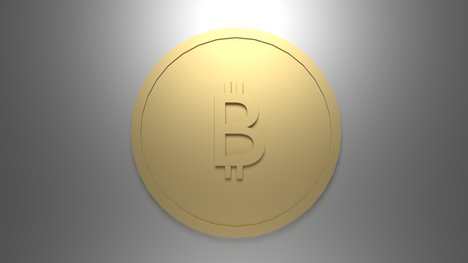 Ailsa Bay is about to release the world’s first blockchain system to track scotch whisky.

Binance is moving to boost compliance and data security through a new deal with Medici Ventures portfolio firm IdentityMind. This indicates a shifting stance from Binance, which has previously avoided strict compliance chosen by other top exchanges such as Coinbase.

Hypothekarbank Lenzburg, a Swiss mortgage bank, has partnered with crypto asset manager TokenSuisse to expand the bank’s offerings for crypto and blockchain firms.

The London Metal Exchange (LME), the world’s largest market for metal derivatives, has backed a consortium initiative led by commodity trading firm Mercuria, to build a blockchain-based system to track the trade of physical metals, according to an FT report. The initiative, dubbed “Forcefield,” is also supported by banks such as Macquarie and ING.

LVMH, owner of Louis Vuitton, is preparing to launch a blockchain to prove the authenticity of high-priced goods. Code-named AURA, the platform is expected to go live by June beginning with Louis Vuitton and Parfums Christian Dior, then extended to LMVH’s other 60-plus brands. LVMH’s blockchain team has been working with ConsenSys and Microsoft Azure for more than a year on AURA, which will use Ethereum’s blockchain to track luxury goods.

Germany’s Federal Office for Migration and Refugees (BAFM) has found blockchain has far-reaching potential to improve asylum procedures after a successful proof-of-concept.

EOS $4.10 USD (12.26 percent) hasseen significant gains today afterco-founder Dan Larimer has posted a cryptic tease about an upcoming announcement on the EOS Telegram group, claiming it will be the “biggest news” since the reveal of EOS itself. Meanwhile, EOS and XRP also received a boost from the latest Weiss Crypto Ratings, which put BTC aside for XRP and EOS in its report on crypto emerging trends.

Stellar $0.106843 USD (6.78 percent) Foundation has partnered with Coinbase Earn, a platform that lets users earn crypto while learning about how it works, to hand out one billion XLM. 100% of the funds will go directly to Coinbase users to teach them how to use the Stellar protocol.

Tron $0.023456 USD (4.90 percent) is launching an educational program of its own, holding a series of events dubbed the Educational Event Series.

TrueUSD $1.02 USD (0.75 percent) holders can now leverage their funds to generate returns under a new partnership between the token’s developer TrustToken and crypto lender Cred. The deal enables users to join the CredEarn program, which pays back interest for loans of digital assets to Cred’s platform – earning “up to 8 percent” in annualized returns. The move marks a shift in the industry as investors seek returns during a stagnant or depreciating market. Battlestar Capital, a blockchain staking-as-a-service startup, recently announced customers can earn a return of “up to 30 percent” annually on their crypto holdings following a partnership with crypto lending startup Celsius Network.