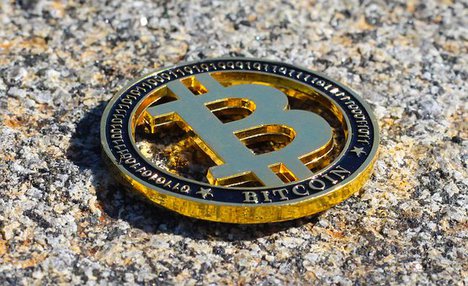 Bitmain’s application for an IPO on the Hong Kong Stock Exchange (HKEX) has officially lapsed, meaning no such transaction is happening anytime soon. They also confirmed that co-founders Jihan Wu and Micree Zhan have stepped down as co-CEOs and revealed the appointment of a new CEO, Mr. Haichao Wang.

CoinMarketCap is rolling out several changes to give users better data, including new liquidity analytics, reports on hot and cold wallet balances and site traffic data exchanges – in response to the recent report of claiming 95 percent of total exchange volume is fake.

DragonEx, the Singapore-based exchange, has been hacked for an undisclosed amount in several crypto’s.“Part of the assets were retrieved back, and we will do our best to retrieve back the rest of stolen assets,” DragonEx announced in a statement yesterday.

eToro has announced the acquisition of Firmo – a smart contract startup that enables derivatives to be tokenised “on any major blockchain”. This will enable the bridging of blockchains including Ethereum, NEO and EOS. The fee is undisclosed.

Exactpro, a QA specialist and London Stock Exchange spinoff, estimates that DLT post-trade systems may still be two years away from testing and subsequent implementation.

OKEx has announced plans to launch a decentralized exchange (DEX) on its own blockchain, OKChain. OKChain is currently at the “final” development stage, with a test network launch expected in June. OKB will be the platforms native token.

Rakuten, the Japanese e-commerce giant, has completed registration of its cryptocurrency exchange Rakuten Wallet, which will go live next month.

TrueDigital Holdings has signed two new distribution deals to expand the reach of its OTC reference rates for BTC and ETH. The partners include Kaiko, provider of crypto market data, and Inca Digital Securities, a data aggregation and analytics platform.

Bitcoin’s $3,953.24 USD (-1.74 percent) average daily trading range so far in March is its lowest in two years, paving the way for a big spike in volatility to happen soon.

Bitcoin Cash $158.51 USD (-4.04 percent) lead developer, Amaury Séchet, is quitting the Bitcoin Unlimited project – a code implementation that got bitcoin cash off the ground to increase bitcoin’s block size parameter – claiming the project has turned into a “sad joke.”

Binance says it will use a lottery format to determine which users can participate in token sales hosted on Binance Launchpad. With the new system, qualified users can claim up to five lottery tickets based on how much Binance Coin they own in the 20-day period leading up to the lottery.

Ripple $0.302080 USD (-2.05 percent) partner Forte says they are talking with more than 40 developers about bringing XRP to the world of video games following their recent announcement to jointly invest $100 million in blockchain-based gaming companies. Meanwhile, Santander has publicly apologized about misinformation regarding the use of XRP for international payments and corrected themselves stating they are currently only using xCurrent.