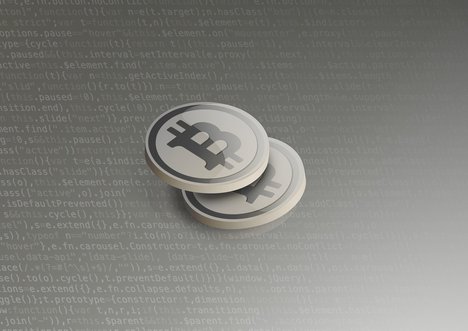 Bcause LLC, a “full-stack crypto ecosystem,” plans to use Nasdaq’s matching engine, clearing and market surveillance tools to operate a spot crypto market launching within the next few months. Bcause has also filed to launch a derivatives contracts with the U.S. CFTC.

Coinbase Custody has just completed its first OTC trade directly out of cold storage, after its Custody service had been “directly integrated” with the OTC desk at Coinbase Pro – providing clients “immediate” liquidity and faster trading capabilities.

DX.Exchange, the Estonia-based platform that soft-launched in January, has opened its market to secondary trading of security tokens. 18 million IGWT, the exchanges native token, will be offered in a closed Security Token Offering (STO) and afterward, 10 percent of the company’s profits will be regularly distributed to the token holders.

The New York Times is getting ready to experiment with blockchain technology for publishing. According to a job posting on the Times’ website, the media organization is looking for someone to help “design a blockchain-based POC for news publishers.”

The Basel Committee on Banking Supervision published a statement warning the risks crypto’s pose for banks including liquidity, credit and market risks, operational risk, money laundering and terrorist financing risk, and legal and reputational risks. The committee have asked banks to conduct extensive due diligence and disclose any exposure to crypto assets.

The US Secretary of Commerce has appointed a representative from blockchain software firm R3, Alisa DiCaprio, to the Trade Finance Advisory Council (TFAC).

Russia’s parliament has passed a new law to develop the country’s digital economy following comments from Vladimir Putin to set a firm deadline for the country to begin enforcing regulations, starting July 1st. The law introduces the concept of digital rights using article 141.1 of the Civil Code of the Russian Federation and rules for digital transactions.

Bitcoin $3,908.35 USD (0.19 percent) is stuck in consolidation range, reporting a 4 percent gain on a year-to-date (YTD) basis, whilst we are seeing altcoins rally. Litecoin is currently up 83.9 percent YTD. Binance coin and holochain are up over 140 percent each, while EOS and ontology have gained 40 percent and 69 percent. The last time we saw BTC in a tight range with altcoins surging was when we broke below $6K and continued making new lows.

Civic $0.071546 USD (-3.15 percent) is rolling-outa new product combining their blockchain identity system and CVC token: a $15,000 vending machine that can verify a user’s age and accept payment via crypto. They plan to officially launch later this year after gaining approval from the Texas Alcoholic Beverage Commission. Pre-order is available.

Stellar lumen $0.109549 USD (6.54 percent) has become the latest crypto to be listed on Coinbase’s professional exchange. Coinbase Pro announced that they are now accepting deposits of XLM, with trading support coming once sufficient liquidity is established.

Tether $1.01 USD (0.29 percent) has drawn further scrutiny today after users noticed they had removed previous claims that the altcoin was fully backed by US dollars. “Every tether is always 100% backed by our reserves, which include traditional currency and cash equivalents and, from time to time, may include other assets and receivables from loans made by Tether to third parties, which may include affiliated entities,” it now reads.