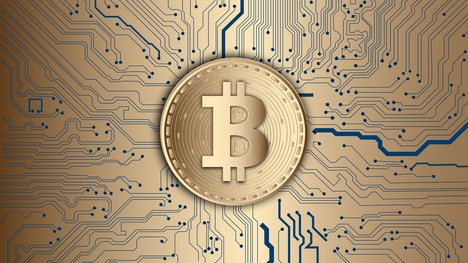 Coinbin, the South Korean cryptocurrency exchange, has declared bankruptcy. “Increased debt” and “government regulation” led to the firm having to halt its business operations. Also, liabilities from its collapsed subsidiary exchange Youbit has dragged on operating margins, along with its former CEO embezzling company funds.

Huobi’s Australian subsidiary is to be subsumed under the Huobi Global canopy just eight months after its launch. Huobi Australia cited the crypto market slump and fresh redundancies as the reason for the development.

International Securities Services Association (ISSA) has been growing rapidly after forming last year – doubling in size to over 30 participants with key members such as NSD, Euroclear, SIX and the Abu Dhabi Securities Exchange (ADX). The group of central securities depositories (CSDs) in Europe and Asia are collaborating on creating infrastructure to custody digital assets and are planning to present the findings at SIBOS conference in London in October, as they seek to onboard large institutions and banks.

Thailand’s National Legislative Assembly has approved an amendment to the Securities and Exchange Act legalizing the issuance of tokenized securities such as stocks and bonds.

Bitcoin $3,846.51 USD (-7.46 percent): Aftersurging over the $4K handle, BTC price action plummeted back down to its lows over the last 24-hours. Binance CEO Zhao says a sudden burst in trading volume on Sunday triggered delays on Binance – hitting an all-time high in system load. The exchange is working to effectively scale during periods of intense trading.

Ontology $0.957895 USD (-14.18 percent) has been added to the Google Cloud Platform Marketplace – making the project “one of the first public blockchains to have a development platform on the leading cloud provider marketplaces.” The newly supported software, called ont_dev_Platform, is a set of tools for developing smart contracts on Ontology’s blockchain.

Ripple $0.305019 USD (-8.78 percent) client Mercury FX says it plans to open as many as 10 new payment corridors using Ripple’s XRP-based xRapid by the middle of this year. CEO Alastair Constance revealed the company will start expanding xRapid between the UK, Canada and the Middle East, in addition to their already live Mexico to Philippines service.

Stellar’s $0.085126 USD (-10.22 percent) non-custodial wallet-maker, BlockEQ, is now set to launch a new service that will allow users to deposit Bitcoin and convert it into Bitcoin tokens on the Stellar network for faster and cheaper transactions. The team eventually plans to support multiple cryptocurrencies and fiat currencies as well. Meanwhile, Stellar co-founder Jed McCaleb and IBM’s head of blockchain Jesse Lund will give a presentation on digital assets and banking at the Money20/20 conference in Singapore on March 19th. According to the agenda, IBM will be making an “exclusive product announcement.”

Tron $0.024203 USD (-9.42 percent) is gearing up to launch a new update with the hard fork date set for February 28th. Version update 3.5 hosts new features such as multi-sig and account management to be institutionally ready, dynamic energy adjustment to real-time network performance, 50% up performance and residual usage and improved VM safety with events server for Dapps – as announced by Justin Sun on Twitter.