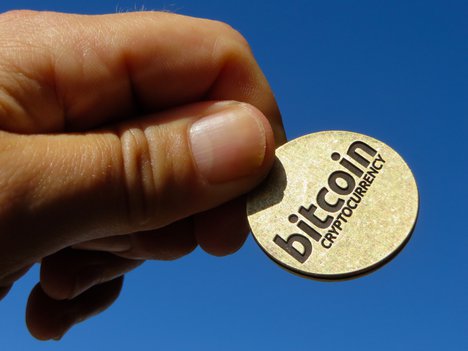 Bitmain revealed losses of around $500 million in Q3 of 2018 after providing an update to the Hong Kong Stock Exchange (HKEx), which is reviewing Bitmain’s IPO application. This comes as Bitmain just announced a new 7-nanometer bitcoin mining processor it says offers new levels of performance, chip size and energy efficiency.

Cambridge Associates, a consultant for pensions and endowments, claims it is time to invest in crypto as they “see an industry that is developing, not faltering.”

Coinbase has acquired blockchain analytics startup Neutrino to help them identify “which new tokens are gaining value and gaining traction in the space.”

Germany’s government is seeking industry feedback and recommendations from companies in the space ahead of developing the country’s blockchain strategy by summer.

Indonesia’s financial watchdog, the Commodity Futures Trading Regulatory Agency, has announced that cryptocurrency futures exchanges must be registered and approved before operating after officially recognizing the asset as a commodity. Bitcoin trading volume has more than doubled in Indonesia on peer-to-peer crypto trading platform LocalBitcoins.

Bitcoin $3,913.67 USD (4.15 percent): Schnorr signatures, a code change likely to be one of the biggest coming upgrades to Bitcoin, is being opened up to the public for testing courtesy of Blockstream. Blockstream added a technology known as “MuSig” to its test cryptographic library, making it possible for developers to tinker with the Schnorr signature scheme and potentially find bugs. If Schnorr is added to bitcoin, the new digital signature scheme could add privacy and bitcoin scalability improvements down the line. This comes as bullish bets on Bitcoin reached 11-month highs yesterday as BTC edges towards $4,000.

Beam $1.27 USD (5.81 percent), the privacy-oriented cryptocurrency startup, has secured an undisclosed amount of funding from Japan’s equivalent to LinkedIn, Recruit Co., Ltd. Beam went live in January and became one of the first crypto’s based on Mimblewimble.

IOTA $0.303595 USD (6.00 percent) Foundation is partnering with the Liverpool-based investment firm Nova. The two companies will create a seed fund to support developers building on IOTA to boost the number of successful startups utilizing their DLT.

Ripple $0.336261 USD (8.05 percent) is gaining further liquidity from US-based crypto exchange BlockQuake, as they announced a future partnership is in the works. BlockQuake is set to launch in the first quarter of this year and is looking to feature XRP as a base pair. Meanwhile, global payments unicorn Remitly, which transfers more than $6 billion a year, is considering implementing Ripple’s cross-border payment solutions.

Tron’s $0.025500 USD (4.88 percent) BitTorrent token is being officially listed by Bithumb today. The exchange is beginning with an airdrop of one million BTT.