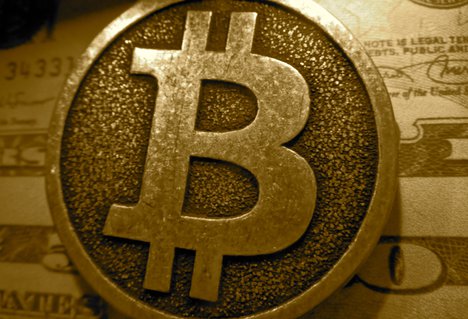 Binance is starting to delist coins it says don’t live up to the platform’s standards – based on seven criteria. The first five coins that will be removed from the exchange are CloakCoin, Modum, SALT, Substratum and Wings. On Feb 22, users will no longer be able to trade these coins on Binance but they can continue to withdraw their tokens. Meanwhile, Binance’s education portal has reached the top three most popular products on Y Combinator-backed exposure platform Product Hunt.

Rakuten, the Japanese e-commerce firm, announced a major update to its Rakuten Pay mobile app will be released on March 18 following their 2018 earnings report. The app’s new structure appears to indicate it will support cryptocurrency payments in addition to fiat.

UAE is developing blockchain-enabled waste permit portal to be launched in Sharjah – the first platform in the city to employ blockchain technology to process and store transactions.

Wyoming’s legislature has just passed two blockchain bills. The special-purpose depository institution (SPDI) bill (HB074) solves a critical problem for blockchain entrepreneurs who are at risk of having their bank accounts unexpectedly shut down by eliminating the power of the Federal Deposit Insurance Corporation (FDIC). The corporate stock token bill (HB0185) allows corporations to issue tokenized stocks in lieu of paper stock certificates.

Bitcoin $3,753.67 USD (3.23 percent) has been used in a first-ever transaction by Argentina and Paraguay to settle a payment for an export deal. Paraguay paid $7,100 in BTC to complete the purchase of pesticides and fumigation products from Argentina. The BTC used was instantly converted into Argentine pesos through Bitex. This comes as the price of BTC jumped to one-month highs earlier today.

Ethereum’s $140.81 USD (11.30 percent) new scaling solution built by blockchain data platform Streamr has officially launched. Inspired by the existing Plasma scaling solution, Monoplasma differs in that it focusses on “one-to-many payments.” It is not just about revenue sharing – the technology is envisioned for open-source dapps looking to incorporate “dividend distributions, staking rewards, repeated airdrops,” and more. Meanwhile, Chicago-based crypto exchange ErisX has filed a comment letter with the CFTC to push for regulatory approval over their ETH futures platform and licensing.

NEO $8.58 USD (2.30 percent) is opening an office in Seattle, with the city’s reputation for tech talent being cited as the main reason for the expansion. The new office will be headed by ex-Microsoft executive John deVadoss. Per the press release, NEO Global Development (NGD) has been developing partnerships with Microsoft and others.

Ripple $0.311656 USD (3.41 percent) have onboarded Oman’s Bank Dhofar to go live on RippleNet. Customers can now add instant payments to its mobile app. Meanwhile, Spend just added support for XRP. Users can instantly convert their XRP to fiat and load it onto the card, which is accepted at Visa’s 40+ million locations worldwide. Lastly, CEO and founder of eToro Yoni Assia claims he has met with Ripple CEO Brad Garlinghouse to discuss a partnership. This follows Binance CEO Changpeng Zhao recent comments about partnering with Ripple to boost the adoption of xRapid.