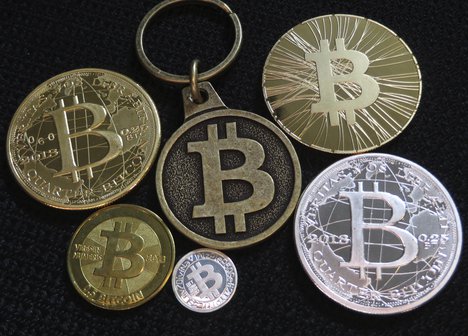 Intercontinental Exchange (ICE) estimates it will spend more than $20 million this year in building Bakkt, its bitcoin futures trading and custody platform. During their Q4 2018 earnings call, ICE CEO Jeff Sprecher said the investment in Bakkt is “a bit of a moonshot bet” and is not a typical ICE product and was vague on the launch date; only stating we can expect to see it live “later this year.” This follows two already announced delays. Bakkt have also announced the closure of its first acquisition, Rosenthal Collins Group (RCG).

U.S. SEC commissioner Hester Peirce said the agency is working on “supplemental guidance” to help projects determine “whether their crypto-fundraising efforts fall under the securities laws” and in a way that does not hinder innovation in the industry.

Bitcoin $3,653.42 USD (0.03 percent) futures traded on CME and CBOE have recently seen the lowest volumes since launching in December 2017.

BitTorrent Token $0.000820 USD (9.34 percent) has gained support from Bittrex International ahead of the first BTT airdrop today – up close to 10 percent today.

Ethereum $121.15 USD (2.81 percent) seems to be finally set for the Constantinople hard fork after two delays. This follows issues found with the Ethereum Improvement Protocols whereby the implementation would have resulted in smart contracts being vulnerable to a Re-entrancy attack after the hard fork. To avoid this, the team announced there will be two hard forks taking place on the network, on the same block. The first fork will implement all the changes proposed and the second fork – Petersburg will disable the protocol in which issues were identified. The hard forks will be taking place on February 25.

Litecoin’s $44.48 USD (1.18 percent) recent surge has put the coin back in the fourth position in terms of market cap and led the overall market to gains off near lows after its more than 29 percent rise. This came after Lee announced the team is working to implement privacy features on the network and following their partnership announcement with Beam.

NEM $0.039368 USD (0.49 percent) foundation have proposed several drastic changes to resolve their current financial and operational problems that have made them bankrupt. “We have completely rebuilt the NEM.ioFoundation’s operating structure and mission… This means a new focus under this new leadership.” They are changing from a decentralized promotional organization to a product-focused organization with more traditional lines of reporting. They will also be making drastic budget cuts, including reducing the previous burn rate of 9 million XEM per month by 60 percent, putting all partnerships and projects on hold until further notice, and reducing the 150 staff headcount through planned layoffs.

Ripple $0.304209 USD (0.10 percent) is continuing its investment into the future of blockchain, now donating$2 million to the University of Kansas to start a new program dedicated to researching blockchain, cryptocurrency and digital payments. Meanwhile, Visa and Mastercard are in a bidding war over Ripple partner Earthport, with the latest offer being $319 million for the British cross-border payment company.