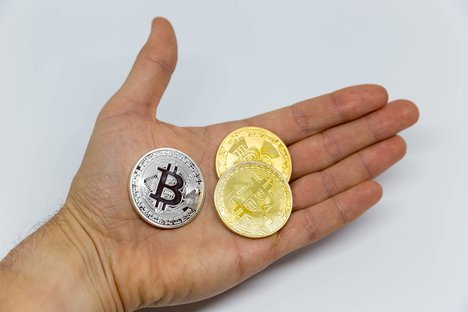 Coinbase is providing support for Bitcoin in its updated Wallet app. Users will soon be able to directly control their bitcoin holdings from the app. The exchange is also working on adding support for BCH, LTC and other major cryptos going forward. This follows Coinbase’s announcement customers in the EU and the European Free Trade Association (EFTA) countries can now make withdrawals into their PayPal accounts.

Gemini exchange has reportedly closed the accounts of two OTC trading desks without explanation over attempts to redeem GUSD, the company’s stablecoin. Gemini issued roughly 1 percent discounts on GUSD in 2018 to OTC desks, who were then made to agree on restrictions that would bar them from immediately redeeming the assets. However, some claim not to have even bought at a discount yet still facing restrictions.

Huobi Group is prioritizing Wall Street partnerships for the first time; beginning with a deal with Prime Trust, a Nevada trust company, that will provide fiat deposit and withdrawal services. Huobi will now allow USD-to-crypto trading for BTC, ETH and USDT.

Bitcoin $3,413.18 USD (-1.55 percent) mining has become more decentralized and continues to diversify, according to a new report from Canadian wealth management firm Canaccord. They highlight the increasingly wide distribution of Bitcoin’s hash rate over the past five years, which represents a competitive marketplace – making Bitcoin less vulnerable to attack. Nonetheless, BTC looks set to make new lows as the bear market drags on.

BitTorrent Token $0.000881 USD (-26.61 percent) continues to gain more traction and is now live on Bittrex International. The exchange says it will also support the upcoming BTT Airdrop to all Tron holders on Feb. 11. The token price has since pulled back from its meteoric rise after their ICO just one week ago.

Ethereum Classic $3.69 USD (-5.23 percent) has gained support from Google’s big-data analytics platform, BigQuery, for blockchain searches along with a range of other cryptocurrency networks. This effort will make it easier for technologists to search for ETC blockchain data across all of Google Cloud’s BigQuery products and perhaps encourage less-crypto-savvy technologists to experiment on their own as well.

Ripple $0.291671 USD (-2.30 percent) has added Brazilian cross-border payments company Remessa Online to its growing network and already has xCurrent up and running. They also announced plans to utilize Ripple’s XRP-powered solution. Meanwhile, Ripple has backed a new company, Raised in Space Enterprises, founded by former CEO of BMG, that aims to use XRP to monetise and incentivise music content.

Zcash $46.45 USD (-4.16 percent) has revealed it fixed a catastrophic code bug last year that could have been used to print infinite coins without being traced. Cryptographer Ariel Gabizon discovered a “subtle” bug a little less than a year ago in zk-SNARKS, which they kept quiet and added the fix to the Sapling upgrade executed October last year.