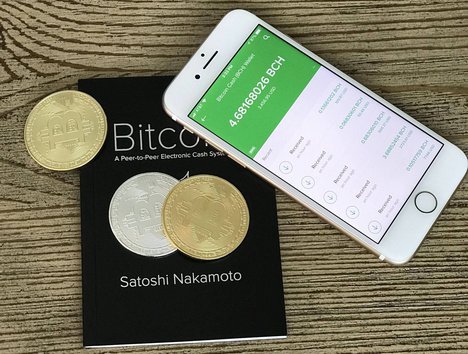 Cryptopia exchange’s woes continue as hackers apparently still have control over private keys. After going quiet for some days, the hacker has stolen an additional 1,675 ether from 17,000 wallets – $181,000 worth – as New Zealand police continue the investigation.

Gemini announced it has passed a security compliance review conducted by “Big Four” auditing firm Deloitte. “This included a review of Gemini’s exchange application, infrastructure, and underlying customer database, as well as its institutional-grade cryptocurrency storage system,” the firm added.

Genesis Global Capital, the institutional crypto loan firm, says it processed more than $1.1 billion in lends and borrows in 2018 – doubling its loan originations in the last three months of 2018 compared to the previous six. They cite the crypto bear market and the demand from short sellers and traders looking to hedge their bets with much needed liquidity.

TD Ameritrade claims clients have regained interest in Bitcoin after its dive below $4,000.

Iranian banks have officially launched a gold-backed cryptocurrency. The Peyman coin comes through the cooperation of four banks and Ghoghnoos Company. These include Parsian Bank, Bank Pasargad, Bank Melli Iran and Bank Mellat. The Peyman will be used to tokenize banks’ assets and excess properties – helping to deal with U.S. sanctions.

Ethereum $107.29 USD (0.55 percent) largest annual hackathon is gearing up for its second in Denver with nearly every aspect of the event making use of blockchain technology. Everything from applications to attend ETHDenver to the processes for submitting, judging and voting on projects will be supported through blockchain platforms. Meanwhile, Diar released a new report showing EOS and Tron DApps account for 94 percent of US dollar volume across the three blockchains, with Ethereum far behind in usage.

IOTA $0.259917 USD (1.02 percent): Almost all the $11.4 million worth of IOTA tokens that have been stolen since last January have now been found and are currently being held as evidence in a police investigation. British and German law enforcement agencies arrested a 36-year old man British man suspected of stealing from at least 85 victims worldwide.

NEM Foundation $0.043316 USD (-8.87 percent), the community-funded nonprofit established to promote the NEM blockchain, is facing imminent restructuring with layoffs across its 150-person staff and severe budget cuts. Newly elected president of the NEM Foundation, Alex Tinsman, announced NEM Foundation intends to submit a funding request to the community fund for 160 million tokens ($7.5 million), to help rescue the organization from the verge of bankruptcy. The foundation’s 202 members will vote on the funding request in February and will determine the extent of the layoffs.

Ripple $0.306121 USD (1.91 percent) has hired a new general counsel, Stuart Alderoty, to oversee all legal work at Ripple and manage its global legal, policy and Bank Secrecy Act (BSA) compliance teams. Alderoty joined Ripple from CIT Group, a top-50 U.S. bank and commercial lender, where he held the jobs of executive vice president. The hire comes at a time where Ripple is in the midst of fighting several class action lawsuits. Meanwhile, XRP jumped more than 11 percent yesterday after rival Swift linked to R3’s Corda Settler and International Monetary Fund (IMF) director Christine Lagarde warned banks will be cannibalised unless they learn to adapt – citing Ripple and Circle as key innovators.