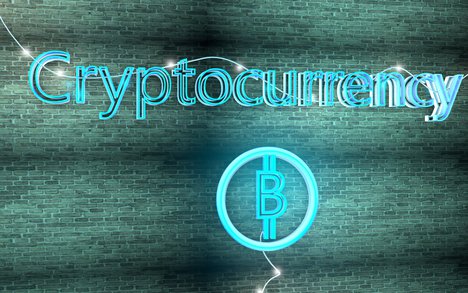 Anchor Labs, a crypto startup which raised $17 million in a series A backed by the likes of Andreessen Horowitz and Blackrock’s Mark McCombe, has launched a custodial service for institutions it claims is more secure than cold storage yet offers easier access to assets.

Cboe BZX Exchange has withdrawn a proposed rule change that, if approved, would clear the way for the bitcoin ETF backed by VanEck and SolidX. VanEck CEO Jan van Eck announced the proposal would be submitted later following continued discussions with the SEC – which have been put on hold due to the ongoing government shutdown.

OKCoin have confirmed the $60 million acquisition of HKEX-listed LEAP Holdings Group, giving way to a potential reverse IPO. OKCoin purchased 60.49 percent of its stock. However, new comments from HKEX CEO Charles Li Xiaojia claim companies seeking to list on the stock exchange must have a “sustainable” business model.

Bee Token $0.002323 USD (4.79 percent) – a crypto startup seeking to create a decentralized home-sharing platform – has begun charging fees for some customers as part of a pivot meant to boost revenues. They claim the crypto market downturn is forcing ICO’s to change their models as they now opt for a more traditional path.

Zilliqa $0.022159 USD (-1.66 percent) and MaiCoin have teamed up to create a centralized security token exchange in Singapore. “Hg Exchange will provide access to high-growth startups and also decacorns such as Uber, Airbnb, Space X, Grab and Didi Chuxing, which are currently not within reach of the average investor.” Zilliqa, which is aiming to launch its own blockchain mainnet on Jan. 31, will facilitate the tokenization process of private company shares on its network.

Qtum $2.06 USD (-0.67 percent), the Singapore-based enterprise-level blockchain system, claims to have reached over 10,000 transactions per second in a recent benchmark test. The Qtum team also says the system stops producing new blocks when there are no pending transactions, saving storage and network resources.

Ripple $0.317064 USD (-0.59 percent) has partnered the Institute for Fintech Research (THUIFR) at Tsinghua University in Beijing to bring a scholarship program that will focus on global regulatory policies and blockchain development.

Waves $2.92 USD (-5.09 percent) has pulled back today after yesterday’s huge rise. It has been more than three weeks since Waves raised $120 million in funding to launch its enterprise-grade blockchain network Vostok and they confirmed the project would airdrop Vostok’s native tokens to current investors. They also announced an update to their DEX that allows traders to trade with scripted accounts.