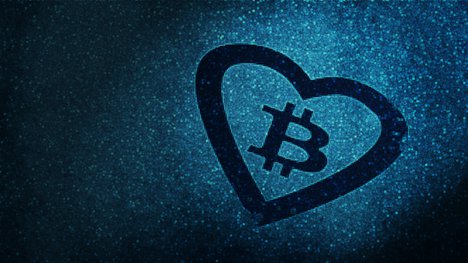 Binance has launched a new fiat-to-crypto exchange on the island of Jersey. European users are now able to trade in pairs for BTC and ETH against the British pound and Euro.

Currency.com, the world’s second regulated tokenized securities exchange following DX.exchange, has officially launched. The Belarus-based exchange will allow users to purchase traditional assets with cryptocurrencies such as Bitcoin and Ethereum. Over 150 assets will be available at launch, which will grow to more than 10,000 assets from various companies such as Microsoft, Twitter, Tesla, Ford, JP Morgan and American Express.

IBM has announced two separate projects that aim to track supply chains for the metals industry using the Hyperledger Fabric blockchain platform. One is designed to track cobalt traveling from a mine in the Democratic Republic of Congo to a Ford Motor Company plant, while the other seeks to monitor the shipping of metals from a mine in Mexico. Aside from IBM and Ford, this pilot involves the Chinese cobalt mining company Huayou Cobalt, power elements producer LG Chem and tech company RCS Global.

Bulgaria’s government has started to investigate crypto exchanges to demand capital gains taxes. The National Revenue Agency (NRA) has categorized cryptocurrencies as financial assets, which incur a 10 percent tax on profit that individuals have to disclose annually.

Bitcoin’s $3,660.17 USD (-0.60 percent) recovery from 15-months lows in December have not encouraged futures traders, as the current cryptocurrency’s spot price is higher than the futures price. CME January futures are reporting a $20 discount. Further, contracts expiring in February, March and June are trading at a discount of $30, $40 and $80, respectively. This is compared to the $2,000 premium over spot price in December 2017.

Basic Attention Token $0.124836 USD (0.52 percent): Brave announced beginning with their 1.0 release, they will be replacing advertising on the web with its own advertising, deemed “privacy-respecting.” Users can opt-in to see up to 20 ads per day and will receive 70% of the revenue from the ads they view. However, the new model has come under some scrutiny as content producers have no means of getting rewarded.

Ethereum’s $124.22 USD (-2.68 percent) long-anticipated Constantinople upgrade set for tomorrow has just been delayed after a critical vulnerability was discovered. Smart contract audit firm ChainSecurity found code enabling a potential re-entrancy attack, which allows an attacker to “re-enter” the same function multiple times without updating the user. A new fork date will be decided during another Ethereum dev call on Friday.

Litecoin $31.87 USD (-0.27 percent) has gained support from crypto wallet Bitbill on iOS and Android. It’s now the first and only Litecoin mobile wallet to support the multi-signature technology.

Tron $0.024645 USD (-1.89 percent) has received support from payment processing platform CoinGate allowing TRX to be spent freely at thousands of their online vendors. Meanwhile, Asia-based crypto platform ABCC says it’s partnering with Tron and will become the first crypto exchange to list Tron-based tokens. OKCoin is adding support for TRX tomorrow and it will be paired with Bitcoin, Ethereum and the US dollar.