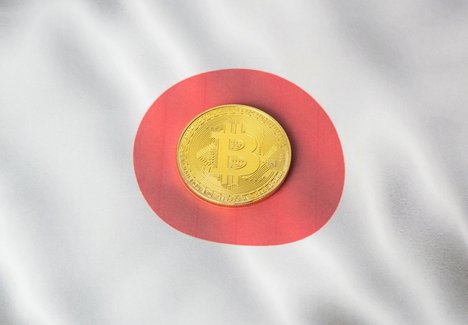 A. Favre & Fils, a luxury Swiss watchmaker, is developing a handcrafted mechanical timepiece with a built-in crypto-wallet. The company announced the watch will have crypto “cold wallet” and “state of the art proprietary security solution” based on blockchain technology. The watch will cost between $102,000 – $153,000, depending upon the model.

Bitmain has decided to close yet another overseas office – this time in Amsterdam – as part of its ongoing business adjustments. Bitmain closed its Israeli office last month and last week they halted their mining operations in Rockdale; just months after announcing the new site that was said to bring in 400 new jobs via a $500 million investment.

Monerium, a project developing a solution for “bridging fiat money and blockchains,” issuing what it refers to as e-money, has just completed a $2 million seed funding with ConsenSys. Notably, the Icelandic startup counts former chairman of Iceland’s central bank, Jon Helgi Egilsson, among its four founders and are currently awaiting review of its application to become a licensed financial services company in the European Economic Area (EEA).

South Korea’s government has added blockchain to the fields of research and development eligible for a tax credit meant to boost innovation, which will come into effect in February.

Ethereum Classic $4.24 USD (-5.67 percent): Gate.io announced $100,000 in Ethereum Classic has been returned following a recent hack. The exchange said it tried to contact the 51-percent attacker but has not received any reply so far. The exchange has also warned the hashing power of ETC network is “still not strong enough” and another 51 percent attack is still possible.

Ripple $0.323053 USD (-2.90 percent) is gaining further liquidity from Singapore-based crypto exchange Bitrue, which announced their plan to add 30 more pairs with XRP within two to three weeks. The company currently has 26 coins paired with XRP.

Tron’s $0.023284 USD (1.64 percent) price dipped over the weekend after former chief strategy officer Simon Morris said there’s “no way” the Tron blockchain can handle BitTorrent’s high rate of transactions. He also remarked Justin Sun is “very strong at marketing” but “doesn’t have a technical bone in his body “. Nonetheless, price seems to be recovering this morning whilst all other majors are down.

VeChain $0.003843 USD (-3.54 percent) have announced the official adoption of My Story by three leading Italian wineries. My Story is VeChain’s DApp collaboration with DNV-GL, the leading global provider of product assurance and certification. The wineries – Ricci Curbastro, Ruffino Wines, and West Wind Wines – will tag their bottles with a My Story label, using VeChain hardware tags. In stores, shoppers will be able to use the tags to scan a QR code that instantly reveals the authentic product history of each bottle of wine.