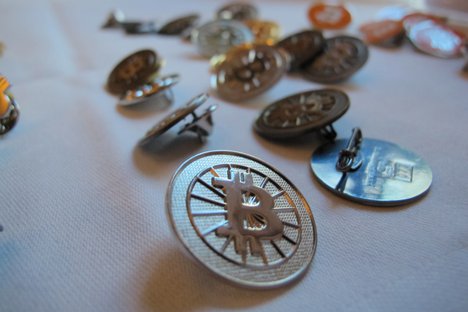 China Mobile, the telecommunications giant, has developed a water purifier with a built-in computing chip and an IoT module to collect data on user behaviour. Depending on how long and how frequently consumers use the product, they will earn a blockchain token called PWMC, which they can then redeem for replacement filters, or to purchase other goods. This data will be recorded on SWTC, a public blockchain built by China Mobile’s partner Jingtum.

DX Exchange, the Nasdaq-powered exchange, have announced the platform’s launch and available trading pairs. The tokenized stocks include Amazon, Baidu, Apple, Facebook, Google, Intel, Microsoft, Netflix, Nvidia and Tesla. Crypto pairs include Ripple’s XRP against BTC, ETH, euro, yen and U.S.D while Litecoin will be available against BTC, ETH and USD. Cardano will also be supported on the exchange against ETH, USD, yen and BTC.

Bitcoin $4,028.47 USD (-0.12 percent) wallet provider Samourai Wallet said it is disabling several privacy-related features in its products due to notices from Google to block the wallet

Cardano $0.048793 USD (0.95 percent) will soon see full support from the Ledger Nano S hardware wallet. A firmware update set to be released this month will include the necessary building blocks for Cardano to be fully supported. Ledger support for Cardano is a work in progress on GitHub, with no official launch date.

Ethereum classic $5.03 USD (-3.25 percent) saw more than 100 blocks “reorganized” during a potential 51 percent attack yesterday. Media publication Coinness detected an abnormal hash rate going into a single mining pool and Coinbase claims it detected 88,500 ETC being double-spent ($460,000). Ethereum classic dev Cody Burns said the activity could not be labelled a 51 percent attack but rather “a selfish mining attack” caused by a client-local phenomenon. In response to the deep reorg, Kraken and Bitfly announced it is increasing the number of confirmations required to make an Ethereum classic deposit. Coinbase and Poloniex has halted all Ethereum classic transactions.

Monero’s $53.02 USD (0.60 percent) XMR coin was hit with temporary volatility over the weekend after Epic Games CEO Tim Sweeney, developer of Fortnite, said it accidentally began accepting the privacy-focused altcoin for payments. Despite being “big fans of decentralized computing tech underlying cryptocurrency… a lot more work is needed on volatility and fraud-proofing before bringing it to such a broad audience”.

NEM $0.064354 USD (-1.15 percent) Foundation in Argentina has signed a MoU with a local trade union of journalists, CISPREN. The goal of the agreement is to develop a blockchain-powered solution for copyright protection. Authors will be able to upload their content to NEM’s blockchain, creating a timestamp as proof of authenticity.