Group-IB, the cybersecurity firm, has graded the security of top crypto exchanges. They found the Kraken platform to be the safest crypto exchange. In contrast, OKEx, Huobi Pro and CoinCheck are found to be the riskiest crypto trading spots.

Perkins Coie LLP, the law firm, is expanding its blockchain arm with the hire of Kari Larsen, a former executive at LedgerX who previously served a stint as counsel for CFTC.

South Korea’s lawyers are lobbying the country’s government to step up its action and expedite a legal framework for cryptocurrencies, as the Korean Bar Association President Kim Hyun announced.

Bitcoin $6,480.84 USD (-0.78 percent): Bloomberg is seeing positive signs for a Santa Claus rally led by BTC.The MACD gauge for the Bloomberg Galaxy Crypto Index entered its first positive divergence in a month, corresponding with an upward trend in Bitcoin.

EOS $5.54 USD (-2.63 percent): A recent study revealed that the transactions per second (TPS) in EOS are close to the TPS handled by Ethereum, showing only 250 TPS if round trip time (RTT) increases – with latency found to have a huge impact on EOS TPS. The study is titled ‘EOS: An Architectural, Performance and Economic Analysis.”

Ripple’s $0.510295 USD (-4.38 percent) long-time partner SEB, a Swedish financial group, says it is now moving billions of dollars using Ripple’s xCurrent payment platform. The firm’s head of transaction services Paula da Silva says: “Last year, there was only one customer on it then. Now we have all customers of SEB doing inter-company transfers between Sweden and the US on the Ripple platform. So, we have a couple billion going through that.”

Zcash $129.26 USD (0.08 percent) has seen strong momentum following its Sapling upgrade and has now continued its surge after the Zcash Foundation approving the grant for ProgPOW (ASIC resistant algo) to eliminate the advantage of specialized ASICs. 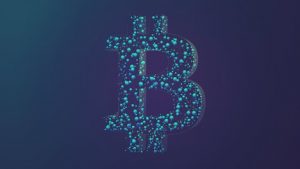