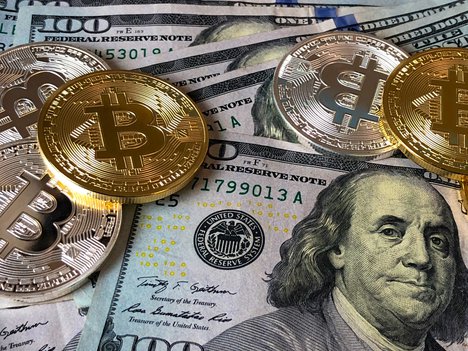 Japan: A Japanese city government has become one of the first in the country to have tested a blockchain-based system that lets residents cast votes to decide on local development programs. The government of Tsukuba, a city known for its role in scientific development since the 1960s, completed the blockchain test on Aug. 28 with 119 votes gathered, according to a news report by the Japan Times on Sunday. Meanwhile, Japan’s financial regulator, the Financial Services Agency (FSA), will fortify the process of registration screening for cryptocurrency exchanges. The FSA has ungraded the registration process, revising the Payment Services Act — enforced since April 2017 — in order to “to see whether they [crypto exchanges] are properly conducting risk management,” sources told The Japan Times. The financial watchdog has added several new features to the previous act’s legislation, increasing “the number of questions asked when screening applications to about 400 items, up fourfold”.

South Korea: The government of a South Korean province will issue its own blockchain-based digital currency in a move to replace a state loyalty scheme. Officials in Gyeongsangbuk-do will partner with blockchain startup Orbs to create Gyeongbuk Coin, which it will roll out to consumers in lieu of the existing “Hometown Love Gift Cards.” Gyeongsangbuk-do includes South Korea’s fourth-largest city, Daegu, with Gyeongbuk Coin set to see merchant acceptance across the region. In other news, Z-POP Dream Project, a South Korea based entertainment provider, plans to use blockchain technology to find the next K-pop talent and develop a new entertainment platform. K-pop is a form of South Korean popular music. CEO Jun Kang, who played a key role in creating the company, wants to build a global entertainment ecosystem to support and discover new talent for the $46 billion global music business, according to Korea Herald.

Mozilla Firefox, the popular Web browser, will soon begin automatically blocking crypto mining malware scripts as part of a wider performance-enhancing push. The Mozilla Foundation, the not-for-profit organization behind the open-source browser, said Thursday that it intends to block trackers and other “harmful practices” in upcoming releases. Some of these features, such as the anti-tracking function, are already available in its Firefox Nightly beta version.

Microsoft: The software giant has quietly been building bridges between its blockchain services and other, widely used infrastructure and platforms, such as Office 365 Outlook, SharePoint Online, Salesforce, Dynamics 365 CRM Online, SAP, and even Twitter, according to Matt Kerner, the general manager of Microsoft Azure. The idea is to allow Microsoft customers to port their data from these platforms into the cloud, and from there onto a blockchain. The company is integrating tools such as Microsoft Flow and Logic Apps – which offer hundreds of connectors to thousands of applications – into Azure Blockchain Workbench, a service it launched in May to make the creation of blockchain apps easier (Workbench currently has ethereum Proof of Authority configured as the consensus protocol).

Bitfi: Cryptocurrency hardware wallet manufacturer Bitfi has officially closed its bounty program, according to an August 30 tweet, in addition to removing the “unhackable” claim from the wallet’s marketing materials. In its statement, the company admitted “vulnerabilities,” and yet avoided speaking about multiple alleged hacks of the device. Bitfi also confessed to hiring a “Security Manager who is confirming vulnerabilities that have been identified by researchers.”

Taiwan: The Taipei Medical University Hospital has rolled out a blockchain-powered platform to improve medical record-keeping. The so called “Healthcare Blockchain Platform” was reportedly developed in order to support the government’s Hierarchical Medical System policy, improve patient referral services, and integrate individual healthcare networks to enable people to access their medical records in an easier way. To make a request for their records, patients can log in to a password-protected mobile app. The project involved over 100 clinics, which deploy blockchain technology to address major issues in healthcare, such as data transfer between medical establishments and patient portals.

Walmart: U.S. retail giant Walmart has applied to the U.S. Patent & Trademark Office (USPTO) to patent a blockchain system for deliveries. The document describes a system of operating multiple robots or drones that conduct package deliveries all across the supply chain. The machines are intended to operate based on wireless signals that enable blockchain-powered secure authentication of electronic devices’ identities. According to the patent application, the deployment of blockchain will be useful in the process of recording authentication signals and data, which is considered to be a primary target for hackers: “Updates to the blockchain may comprise authentication signals or identification information, and one or more nodes on the system may be configured to incorporate one or more updates into blocks to add to the distributed database.”

Colombia: Colombian President Ivan Duque has recently promised to cut taxes for cryptocurrency and blockchain startups. Duque delivered an opening message during ANDICOM, an international congress on information and communications technology (ICT) held annually in Cartagena de Indias, Colombia. The president confessed that he was “obsessed” with technology, especially with robotics and artificial intelligence (AI).

Malta: Bittrex, one of the top cryptocurrency exchanges worldwide, has recently invested in Malta-based blockchain company Palladium, local news outlet Times of Malta reports September 2. The U.S.-based Bittrex, now the 18th top crypto exchange by total average trade volume, has bought a 10 percent share in Palladium. In July, Palladium had announced plans to distribute $150 million in tokens in the world’s “first” Initial Convertible Coin Offering (ICCO) in partnership with Bittrex and Unikrn eSports bookmaker, scheduled to begin on July 25. Current shareholders of Palladium include Investar Holding and Unikrn, which own 85 and 15 percent of the company respectively, the Times of Malta reports.

Bitcoin $7,252.54 USD (-0.26 percent): The global developer group behind the most popular implementation of Bitcoin software, Bitcoin Core, is soon to debut its 17th major software release. Of particular emphasis is improving the software’s default wallet, where user’s bitcoin private keys are stored. The main update is the debut of a new “language” which adds important extra information to keys. It provides a “sane” alternative to the problematic “account” system that was recently ripped out of the software. Simply put, it allows users to name their different accounts. Like labeling one “donations” and another “savings.” Meanwhile, a policy advisor for the Netherlands’ central bank has claimed that Bitcoin price changes coincide with Google searches for the cryptocurrency. In an interview with the network Wednesday, De Nederlandsche Bank’s Joost van der Burgt said that the trend became clearer last December with the advent of the first Bitcoin futures hitting the market. In other news, Rapper and actor Eminem has given bitcoin’s public awareness another boost, giving it a mention in a song on his just-released album, “Kamikaze.”

Bitcoin Cash $631.74 USD (-2.21 percent): The Bitcoin Cash (BCH) network experienced over 2.1 million transactions on September 1 as a result of the recently launched BCH stress test, according to data from BitInfoCharts. The “stress test” is a community driven test of the BCH mainnet and its services, according to the BCH stress test website. The test aims to process “millions of minimum fee transactions” within 24 hours in order to prove the Bitcoin Cash blockchain’s capacity and scalability, as well as to provide data for developers and business running their services and decentralized applications (DApps) on the BCH network.

Ethereum $290.03 USD (-2.49 percent): A proposal that, if enacted, would change how much new cryptocurrency is released on the world’s second-largest blockchain was finalized Friday, with developers agreeing to include the code for such a change as part of ethereum’s upcoming October upgrade, Constantinople. Speaking on a video call, a group of 14 developers agreed to support code that would reduce the amount of new cryptocurrency introduced on ethereum to 2 ETH per block, down from 3 ETH today, by implementing an updated version of an ethereum improvement upgrade named EIP 1234. Notably, investors and miners who attended a meeting on which upgrades should be included in Constantinople last week were not invited to this week’s meeting and did not attend.

Dogecoin $0.005180 USD (-3.97 percent): On Friday, Dogecoin has recorded massive gains across all the major exchanges owing to its announcement of integrating into Ethereuem network. The meme cryptocurrency, which was launched a joke, is attempting to keep up with cryptocurrency universe by launching Dogethereum – an amalgamation of Dogecoin and Ethereum. The project will enable the transfer of tokens between the two blockchains. Also, Dogecoin will benefit from gaining flexibility with Ethereum’s smart contracts.

Ripple $0.337362 USD (-2.83 percent): XRP will be included in a new crypto fund for the super wealthy. Balance Custody launched its new crypto custody solution for institutional investors. It includes XRP on its list of eight digital assets. The breakthrough follows a recent snub from Morgan Creek Capital, which decided not to include XRP in its new crypto fund for investors with big capital. Balance Custody says it’s been running a closed pilot with a small group of customers for the past year to create a bulletproof and financially transparent solution offering military grade security guarantees. Balance reportedly offers some of the lowest custody fees in the industry. The company is based in Canada, and says it’s working closely with regulators to ensure it’s in full compliance with the country’s laws on digital currency. 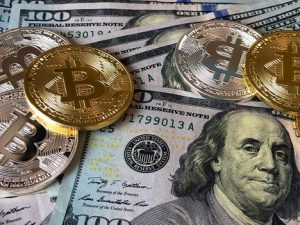 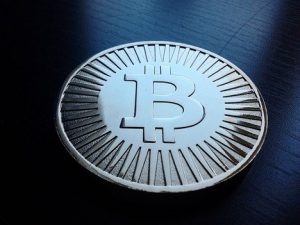