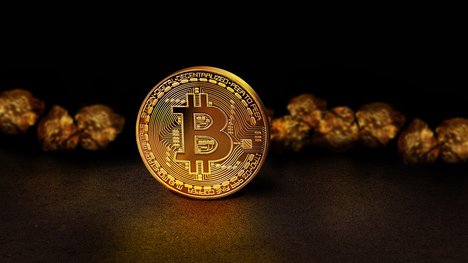 Japan: In response to a reported increase in the illicit use of cryptocurrencies, Japan’s National Police Agency (NPA) plans to introduce new software which can track cryptocurrency transaction history, Japan’s national public broadcasting organization NHK reported August 30. In 2019, the National Police Agency will reportedly put special software into service to track the history of virtual currency transactions within the country. The move comes as part of an effort to fight the increased level of cryptocurrency misuse and thefts. In order to cover the expense of the new software, the NPA is looking to increase its budget by 35 million yen (around $315,000) for the next fiscal year.

South Korea: The governor of South Korea’s Jeju island is maintaining his push to turn the autonomous region into a blockchain and initial coin offering (ICO) free zone. On Thursday, South Korean provincial governors hosted a meeting with President Moon Jae-in to discuss job creation in the country. In his remarks, Governor Won Hee-ryong of the Jeju province proposed to the president that the island should be designated as a special hub for blockchain to allow companies to conduct ICOs. Won argued that, by doing so, the region would create at least 1,600 more jobs by attracting both domestic and foreign companies wishing to launch ICOs – especially those whose home jurisdictions prohibit token sale fundraising, such as China.

VMware: Cloud computing and virtualization firm VMware said Tuesday that it has developed an open-source blockchain infrastructure designed to be both scalable and energy efficient. Dubbed Project Concord, VMware’s blockchain aims to provide a base for blockchain implementations which can solve certain scaling issues by modifying the Byzantine Fault Tolerance consensus algorithm commonly found in blockchain networks.

PwC: Consultancy firm PwC is kicking off a new “digital skills” program aimed at improving the expertise of its employees on new technologies like blockchain. The firm will assign 1,000 of its employees to a two-year training program which will cover various digital technology-related, from blockchain to 3D printing to drones, Digiday reported Thursday. Called Digital Accelerators, the program will begin this January, according to the report. PwC Digital Accelerators head Sarah McEneaney told the publication that the move is part of a wider effort to help increase the firm’s subject-matter expertise.

Rakuten: Japanese e-commerce giant Rakuten is planning another step into the cryptocurrency industry with the acquisition of a local bitcoin exchange. The company said in an announcement that it has inked a share transfer agreement for 100 percent of an exchange called Everybody’s Bitcoin on Friday. The acquisition appears to be costing the firm 265 million yen, or $2.4 million, when it goes through on Oct. 1. Explaining the move, Rakuten said it believes “the role of cryptocurrency-based payments in e-commerce, offline retail and in P2P payments will grow in the future,” adding: “In order to provide cryptocurrency payment methods smoothly, we believe it is necessary for us to provide a cryptocurrency exchange function.”

LINE: Messaging giant LINE has become one of the first publicly traded companies to have launched a proprietary blockchain mainnet with its own cryptocurrency. Revealed in an announcement Friday, the firm said that the genesis block of its LINK Chain was produced on Aug. 23. The messaging giant now aims to gradually issue a total of 1 billion of the network’s LINK tokens, of which 800 million will be distributed to public users while the rest will be held as a company reserve. Rather than adopt an initial coin offering model, LINE will issue the tokens as an incentive for users who participate in its decentralized applications (dapps) built on top of the LINK Chain network.

Enigma, a project incubated at MIT Media Lab that raised $45 million in an ICO last year, is developing privacy-enabled smart contracts it calls “secret contracts.” And in a sign of the broad applicability of that idea, eight diverse blockchain projects will be incorporating Enigma’s protocol into their services when the contracts launch later this year. These “launch partners,” said Enigma co-founder and CEO Guy Zyskind, are already building on the current version of the technology, called “Discovery,” within the testnet, so when the protocol actually goes live, they’ll be processing user’s data without revealing it to any outside party.

Apple: It seems iPhone users won’t have access to the crypto collectible craze anytime soon. The news comes after forthcoming video game War Riders was featured on the Coinbase Wallet iOS app and then quickly withdrawn from the Apple Store. In War Riders, players drive around an apocalyptic wasteland, building up armies of vehicles – vehicles represented by non-fungible tokens, or NFTs, on a blockchain. The Coinbase spokesperson explained that War Riders was the only app listed within the wallet that sells NFTs. Notably, CryptoKitties, the famous decentralized application (dapp) for buying and breeding digital cats, isn’t even featured. Although War Riders and others remain listed on the Android version of the Coinbase Wallet app.

Bitcoin $6,990.97 USD (0.18 percent): A bitcoin whale has recently moved over 111,000 bitcoin and bitcoin cash to over 80 wallets, each with nearly 1,000 BTC in it, at press time worth about $6.9 million. The funds had previously been scattered to numerous addresses with 100 BTC each. The move, first spotted by social media users, involves funds that initially came from a well-known bitcoin address in the cryptocurrency ecosystem. Blockchain data reveals its first transaction came from a wallet associated with Silk Road’s operator, known as “Dread Pirate Roberts” (DPR). The address first received funds on July 2, 2011. One of the very first transactions adding funds to it links back to another well-known address, that of alleged Silk Road operator Ross Ulbricht. The address had been leaked on the Bitcointalk forum, in a post where Ulbricht himself, under the nickname “altoid” asked for help using the bitcoin API with PHP.

Ethereum $281.43 USD (-0.48 percent): Ethereum wallet MyCrypto just raised $4 million in its ongoing effort to make its product more user-friendly, the startup announced Thursday. Led by Polychain Capital, the Series A funding round also saw investments from Boost VC Fund 3 LP, ShapeShift, Ausum Blockchain Fund LP, Mainframe founder Mick Hagen, Coefficient Ventures partner Chance Du, early Dropbox employee Albert Ni and Earn co-founder Lily Liu, according to a press release. In other news, Bitmain-backed mining pool BTC.com is expanding its offerings to include ethereum, the company announced Thursday. BTC.com, which claims to have mined 21 percent of all bitcoin blocks last year, will offer the new mining client through its portal, and will also offer an ethereum block explorer and API, according to a press release. The service will allow miners to switch their hashing power from one pool to another, depending on the market. The move is part of an effort to “help ethereum scale its mining infrastructure,” the announcement stated. Further, CBOE Global Markets, the owner of the Chicago Board Options Exchange (CBOE) and one of the world’s largest exchange holding companies, is looking to launch futures for Ethereum (ETH), Business Insider reported Aug. 30.

Ripple $0.331828 USD (-0.57 percent): Ripple’s efforts to consolidate multiple lawsuits filed against it are proceeding successfully. Ripple, which has been sued by a number of parties claiming the XRP token it uses to power some of its products is a security, has been pushing to have the various class action lawsuits against it combined, or at least coordinated, to limit the number of cases it fights at once. On Wednesday, a California Superior Court suit filed by investor David Oconer was formally designated as “complex litigation” – meaning it will now be coordinated with the remaining suits. Under California court rules, one of the requirements for a complex designation is that a case involves “securities claims or investment losses involving many parties.” With the new designation, a single judge should oversee actions relating to the case to prevent duplicated efforts and potentially different results due to different cases.

Stellar Lumens $0.221043 USD (-0.06 percent): The digital currency Stellar (XLM) has again reached out to the world with an achievement that creates reverberations of joy in its community, after declaring that it was able to record a total of 48.75 Billion XLM Assets in one month. According to a tweet issued out by the cryptocurrency, a total of $11.5B worth of Stellar assets was traded in the month of August 2018. In other news, IBM has launched Blockchain World Wire, a financial rail with instant cross-border settlements systems based on the Stellar protocol.

Cardano $ $0.100410 USD (-0.89 percent): After Rwanda and Ethiopia, the Cardano Foundation is setting their eyes on Nigeria, an African power house. This comes days after Cardano sponsored a well-attended community meet up in the coastal town of Port Harcourt where many expects more collaboration and announcement will be made in coming days. Meanwhile, Bittrex, the Seattle based crypto exchange, saidbeginning Sept 5, the trading platform shall introduce two new dollar trading pairs including ADA/USD.

NEM  $0.103193 USD (-0.36 percent): XEM has announced a partnership with OATH protocol, a level 2 protocol that enables fair, robust, and transparent dispute resolution and governance on the blockchain. The proposed collaboration involves using OATH in the NEM ecosystem for becoming “the standard blockchain governance protocol to secure payments, smart asset management, and other dynamic services in a fair and transparent way.” 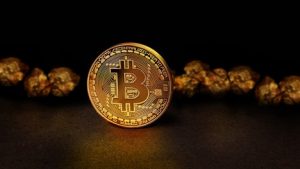 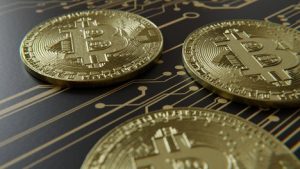