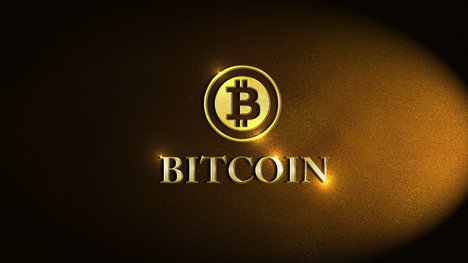 China: Regulatory agencies in China have jointly issued a warning against illegal fundraising and trading activities related to blockchain and cryptocurrency as a crackdown continues. The warning was issued on Friday by six high-level watchdogs: the People’s Bank of China, the Banking Regulatory Commission, the Securities Regulatory Commission, the Ministry of Public Security, the Central Cyberspace Affairs Commission, and the State Administration for Market Regulation. It notably takes aim at cryptocurrency projects that set up operations using overseas IP addresses but solicit investment from Chinese residents and use mobile and internet payments tools to facilitate cryptocurrency trading. Meanwhile, Ant Financial, the payments affiliate of Alibaba, is cooperating with Chinese regulators to scrutinize peer-to-peer cryptocurrency trading using its Alipay mobile app. Beijing News reported Ant Financial is now beefing up efforts to monitor both merchant and customer accounts as well as notable sites that integrate the Alipay gateway to facilitate over-the-counter (OTC) crypto trading. A spokesperson from Ant Financial told CoinDesk that “Alipay adheres to the principle of not providing services for virtual currency transactions.”

UK: In its most recent update for entrepreneurs wishing to set up businesses in the U.K., the Department for International Trade announced that Entrepreneur First (EF), a pre-seed investment company, is now also funding blockchain startups. EF is one of the government-recognized organizations that can endorse firms for entrepreneur visas. According to the post, startups with “high growth potential” can apply for an entrepreneur visa to launch its business in the U.K. Meanwhile, the U.K. Ministry of Justice is investigating blockchain as a possible tool for securing digital forms of evidence, its deputy director said Thursday. The idea is that the technology can be used to simplify court processes for handling digital evidence, according to Balaji Anbil, who is also the head of digital architecture and cybersecurity at the Justice Ministry. The agency involved in the test is Her Majesty’s Courts and Tribunals Service (HMCTS), and according to Anbil, a working group focused on the tech recently held its first meeting on the matter.

World Bank: The World Bank is expected to settle its first blockchain-based bond worth $73 million this month. Australia’s Commonwealth Bank (CommBank), which was selected as the sole arranger of the issuance by the World Bank early in August, said the bond is to be transacted on Aug. 28, as reported by Reuters on Thursday. Engineered to bring a 2.2 percent return, the two-year bond – dubbed “Bondi” – is the first exploration by the World Bank into using blockchain as the supporting technology for automating the issuance process among multiple parties.

Sweden: Stockholm IT Ventures AB (SITV), a blockchain startup based in Sweden, has signed a software license agreement with a local bank to deliver a crypto fund trading service. SITV announced Wednesday that its automation subsidiary, Blocktrade Technology, had signed the agreement with Valens Bank, according to a news release. The agreement, which is also the second between the two companies, stipulates that Valens Bank use “the BTT Crypto Trading Toolbox exclusively for Crypto Fund Trading.” The BTT Crypto Trading Toolbox allows professional traders to “actively manager their clients digital assets” through its AI trading tools, according to Blocktrade Technology’s website.

Indiegogo, an international crowdfunding firm, will promote a new real-estate-backed token, according to a post on the company’s website. The asset-backed cryptocurrency will enable accredited investors to buy shares of the St. Regis Aspen hotel in the form of digital tokens. According a report from The Verge, the upcoming digital token Aspen Coin is registered with the U.S. Securities and Exchange Commission (SEC), and will be available for purchase with U.S. dollars, as well as major cryptocurrencies Bitcoin (BTC) and Ethereum (ETH). The crypto-based crowdfunding project aims to raise $12 million of investment for the St. Regis Aspen hotel, and is reportedly set to be launched tomorrow, Aug. 24.

New York State: A California-based Bitcoin mining company has completed work on a repurposed hydroelectric dam to service its new mining farm, a press release announced Thursday, Aug. 23. DPW Holdings will now prepare to use the dam, which is located in Valatie Falls, New York, as the source of electricity for its yet-to-be-built mining facility towards the end of 2018. The move means fresh competition for the steadily increasing miner population in New York State, where Coinmint signalled it would begin operations in an old smokestack with local government backing earlier this year. DPW’s farm will meanwhile employ its own mining hardware, the AntEater, which it developed in conjunction with Samsung in January. It will run the operation via a dedicated subsidiary, Super Crypto Mining.

LG CNS, a subsidiary of South Korean multinational conglomerate LG Corporation, has announced a plan to strengthen its enterprise offerings in seven key areas including blockchain in order to promote the “fourth industrial revolution” with its enterprise portfolio, according to an official press release published Aug. 22.

Factom, a system for auditing and securing millions of real-time records using blockchain technology, has filedanother blockchain patent application for a system enabling confidential/secret document validation on the blockchain, a feature likely to be integral for the future operations of the platform’s services to governments, companies, and non-profits.

Kenya: The Independent Electoral and Boundaries Commission of Kenya (IEBC) has announced plans to utilize blockchain technology to offer real-time polling results and thus improve vote integrity and trust in the voting process.

Bitcoin $6,549.65 USD (1.64 percent): The U.S. Securities and Exchange Commission (SEC) has said it will review the disapproval orders for nine bitcoin ETFs issued on Wednesday. As CoinDesk previously reported, SEC staffers rejected proposals from three companies – Proshares, GraniteShares and Direxion – in a triple-set of orders published late yesterday. Now, according to the letters, senior SEC officials will review those orders, though it’s unclear at this time when the review will be completed.

Dash $138.91 USD (0.24 percent): Earlier in the year cryptocurrency Dash and the Blockchain Research Lab of Arizona State University announced a US$350,000 partnership. Now, out of a study conducted under the partnership, a report dubbed ‘Block Propagation Applied to Nakamoto Network’ has been released highlighting the scaling challenges as well as the potential opportunities for the Dash blockchain. The research effort came to the conclusion that it was feasible for the Dash network to scale to block sizes of 10MB when using the xthin block propagation protocol while it could scale to between 6MB and 8MB block sizes when employing the compact block propagation protocol. However, the researchers determined that mining blocks above 896KB was uneconomical since the transaction fee at that level did not offer miners adequate compensation for the expanded orphan rate.

Ethereum $276.32 USD (0.86 percent) is set to have a crucial multi-stakeholder call to take place today; the live-streamed meeting aims to address some of the platform’s most challenging questions ahead of its system-wide upgrade planned for October. As part of that upgrade, there are several non-contentious ethereum improvement proposals (EIPs) already ready for testing, but also included are others that have stirred up controversy. In particular, three concepts – the difficulty bomb, ether issuance and ASIC resistance – are at the heart of the debate, since each could have a lasting impact on how the blockchain operates. For instance, these code proposals could alter the regularity of ethereum upgrades, change the network’s economic policy and prevent specialized hardware from mining on the blockchain. As such, core developers that usually attend the meetings have called for a larger set of voices, namely ether miners and investors, to be present to discuss a way forward.

Bitcoin Cash $16.79 USD (-8.45 percent): The war for the future of the Bitcoin Cash protocol continues to intensify, with developers at both Bitcoin ABC and nChain further entrenching themselves ahead of the network’s scheduled hard fork in November. However, one neutral development team is calling for a ceasefire. Writing in a post on the Bitcoin forum, Bitcoin Unlimited lead developer Andrew Stone submitted a proposal aimed at brokering a compromise before what has thus far been primarily a war of words escalates into a blockchain split in November. That war has largely been waged between Bitcoin ABC — led by Bitcoin Cash “benevolent dictator” Amaury Séchet — and nChain, chief scientist Craig Wright.

Stellar Lumens $0.216367 USD (3.25 percent): A Stellar-based crypto stablecoin is now backed by the early startup seed accelerator Y Combinator. AnchorUSD is designed to compete with Tether. The company says it will run routine audits to prove the amount of coins in circulation is exactly equal to the number of dollars in the company’s bank account.

Litecoin $56.68 USD (1.63 percent): The Litecoin Foundation is gearing up to host its first annual Litecoin Summit on September 14th and 15th, and will feature major figures such as Litecoin creator Charlie Lee, CEO of Lightning Labs Elizabeth Stark, CEO of Abra Bill Barhydt and more. There are a few hints that Litepay adoption will see a resurgence (particularly of LitePay 2.0, though that has not been confirmed yet), as the conference website states: “The event will also place an emphasis on the Litecoin Foundation’s #PayWithLitecoin campaign by educating businesses on the how’s and why’s of accepting cryptocurrency as a form of payment and helping them integrate on site. There will be a virtual store on location where attendees can also experience purchasing items in crypto.” 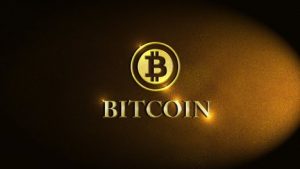 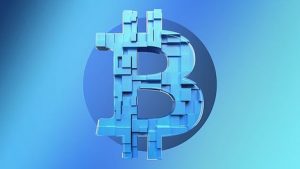