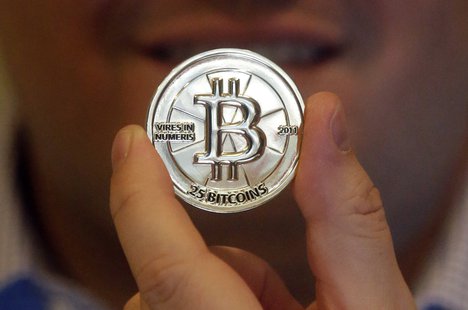 Australian Securities Exchange could save as much as $23 billion in its effort to replace its settlement system with a distributed ledger, its CEO announced Thursday. Dominic Stevens, managing director and CEO of ASX Limited – the exchange’s operator – explained how using distributed ledger technology (DLT) in place of its existing Clearing House Electronic Subregister System (CHESS), would offer greater efficiency than CHESS does in transmitting messages and accessing information. At present equity clearing and settlement costs the industry roughly $100 million alone, and the total cost of all communications and other issues to the “super industry” is closer to $23 billion, Stevens said. Moving to DLT “will provide tremendous value by being a great business enabler for our customers, and a significant enabler of innovation for issuers and investors.”

Nvidia is reporting a “substantial decline” in revenue as a result of declining sales to cryptocurrency miners. In an announcement of its second quarter earnings Thursday afternoon, the graphics card maker’s CFO, Colette Kress, said while “GPU business revenue was $2.66 billion, up 40 percent from a year earlier,” it was “down 4 percent sequentially.” At the time, she said record performance in gaming, professional visualization and datacenter services “offset” a substantial decline in the sale of cryptocurrency GPUs.

Coinbase recently published a patent that seeks to protect a way of making bitcoin purchases more secure for customers. In the filing, published Aug. 14, the US-based cryptocurrency exchange outlined how it could develop a payment portal which would allow users to pay using bitcoin directly from their digital wallet. “It may be a security concern for users that the private keys of their bitcoin addresses may be stolen from their wallets,” the patent stated. “Existing systems do not provide a solution for maintaining security over private keys while still allowing the users to checkout on a merchant page and making payments using their wallets.” The system as described sets up a “key ceremony” that creates key shares that are combined into an operational master key – encrypted with the users’ passphrases – that can be made publicly available and deleted after use.

UEFA (The Union of European Football Associations) has just announced the completion of a “successful” trial of a mobile ticketing app built with blockchain. Aimed to make ticket sales for soccer matches “more simple and safe,” the effort saw the organization test the app at this week’s UEFA Super Cup match between Real Madrid and Atletico de Madrid in the Estonian capital, Tallinn. The system, UEFA said on its website, is designed to provide secure ticket distribution that can prevent forgery and duplication of tickets. The trial notably saw UEFA distribute all of the tickets for the Tallinn match that had been sold to the public via the blockchain-based app for iOS and Android.

US: The US Senate is set to take another look at blockchain technology next week. The Committee on Energy and Natural Resources will host a hearing on “Energy Efficiency of Blockchain and Similar Technologies” on Aug. 21, to better understand how blockchain technology might impact electricity prices and what benefits it can provide, according to a public announcement released Thursday. In other news, candidates for public office in California may soon be able to accept cryptocurrencies as donations. The California Fair Political Practices Commission met on Thursday to discuss a number of election issues facing the Golden State, including whether candidates for public office can accept cryptocurrencies as part of campaign donations. Ultimately, the commissioners didn’t make a decision to adopt any of the proposed amendments during the hearing, acknowledging that they don’t understand the issue fully.

Airbnb co-founder Nathan Blecharczyk, along with Y Combinator, Danhua Venture Capital, and Digital Currency Group have backed a cryptocurrency dealer setting out to provide trading services for institutional investors, recently closing a Series A funding round of $22.7 million. Founded in 2014, SFOX operates as a trading hub for institutional investors, high-net-worth individuals and family offices. The firm helps these high-volume traders fulfill their buy and sell orders by executing them through its integrations with different cryptocurrency exchanges. SFOX aims to minimize the impact of high volume trading on the cryptocurrency market, while boosting trading liquidity – “one of the most significant barriers to institutional cryptocurrency adoption,” according to Arjun Sethi, co-founder and partner at Tribe Capital.

Bank of China and financial services corporation China UnionPay (CUP) have entered into a partnership, according to an Aug. 15 announcement. Per the terms of the agreement, the two parties will jointly explore blockchain technology applications for payment system development. The partnership comes in response to market demand and regulatory requirements, giving rise to further opportunities for cooperation between the two parties in the field of cross-border mobile payments. The BOC and CUP will jointly investigate big data and distributed ledger technology deployment in order to improve mobile banking products.

UPS: Century-old delivery giant United Parcel Service (UPS) believes blockchain technology could help streamline package delivery logistics across a global supply chain. According to documents published by the US Patent & Trademark Office (USPTO) on Thursday, the Georgia-based UPS has applied for a patent that utilizes blockchain and distributed ledger technology (DLT) to route packages throughout an international supply chain that may include multiple carriers.

Bitcoin Cash $536.28USD (1.98 percent): Crypto Facilities, the U.K-based crypto futures exchange and CME Group partner, is adding a bitcoin cash product to its offerings. The firm announced Friday it was launching the contract on its platform, which is regulated by the U.K. Financial Conduct Authority. Trading of the bitcoin cash futures will begin at 4 p.m. British Standard Time (BST). The contract joins the company’s existing bitcoin, ethereum, XRP and litecoin futures contracts. Investors can take long or short positions on bitcoin cash, “allowing them to broaden investment opportunities and hedge risk more effectively,” according to the company.

Ethereum Classic $ $13.69 USD (-2.58 percent): Coinbase has added a new buying option for its customers after the crypto exchange introduced Ethereum Classic to its collection. The addition was first announced in July but Coinbase took its time to implement its newest addition following criticism over the way it added Bitcoin Cash last year. Allegations of insider trading led the company to investigate the incident which saw service outages and wild price fluctuations for Bitcoin Cash right after its addition to the exchange. It later introduced a framework for adding new tokens.

Lisk $3.98USD (16.82 percent): Lisk, a DApp platform that deploys sidechains and an open-source Software Development Kit (SDK) on JavaScript, has finally announced its mainnet launch, set for the end of August. The migration of the new Lisk Core 1.0 will happen at block height 6,901,027, leaving behind Lisk Core 0.9.16. The estimated date is Wednesday, Aug. 29. 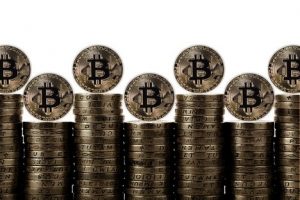