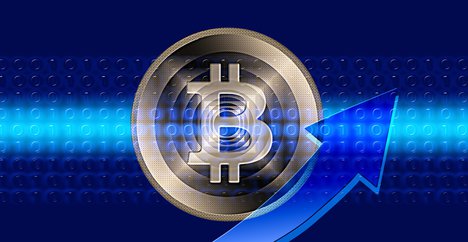 Bithumb exchange has suspended the issuance of new KYC bank-linked virtual accounts after failing to renew a contract with a bank, as mandated by new Korean guidelines this year. Attempts to partner with Shinhan Bank and Nonghyup Bank broke down due to the concerns over Bithumb’s cybersecurity and customer safeguards, particularly after June’s $30 million hack. Bithumb becomes the only ‘Big 4’ exchange without a banking partnership.

KPMG released its bi-annual “The Pulse of Fintech” report showing that the US is leading in blockchain investments, already outstripping their total investment into the space in 2017. The report also showed that there was more investment in more mature companies and consortia, rather than new entrants and start-ups.

Morgan Stanley has poached Credit Suisse’s resident “bitcoin expert” Andrew Peel to head its digital assets unit; a sign that they may be increasing their interest into the crypto space.

SBI Holdings has invested $9 million for a 12 percent stake in U.S. digital marketplace architect Clear Markets to fund the creation of a crypto derivatives trading platform built for institutional investors.

Australia’s state government of the province of Queensland will issue a grant of over $8.3 million to crypto startup, TravelbyBit; one of 70 companies that will receive funding. CEO, Caleb Yeoh, said that the company has partnered with Brisbane Airport Corporation to launch the “world’s first digital currency friendly airport” and has already implemented a blockchain-backed point-of-sale system in regional tourist towns, along with over 150 merchants across Australia using their system.

Malta: Founders Bank, backed by Binance, claimed to be the world’s first decentralized bank with operations starting soon. However, the Malta Financial Services Authority (MFSA) claims to be ‘unaware’ of adverts going around regarding Founders Bank. Founders bank has been awaiting a banking license since June 12, and companies without a banking license can only market themselves as a bank after written permission from the MFSA.

The U.S. Treasury Department released their seminal report addressed to President Trump, which is designed to outline ways to remove bureaucratic barriers to economic innovation. The report is quite bullish on the use-case of crypto, stating that it is ‘poised to impact innovation in financial services’.

Zambia has signed a MoU with the blockchain land registry subsidiary of American retail giant Overstock, Medici Land Governance (MLG). MLG will use blockchain and other tech to create systems that allow the collection and security of property ownership information.

Bitcoin $7,595.35 USD (-0.02 percent) volume used in commerce has declined significantly over the course of the last year. Market research firm Chainalysis, shows the volume of BTC received by the largest 17 crypto merchant-processing services hit a low of $60 million in May 2018, after a peak of $411 million in September 2017.

EOS $7.06 USD (-3.32 percent) has been listed on Huobi OTC, following its recent listing on Poloniex exchange.

KickCoin $0.164221 USD (23.49 percent) has rebounded strongly from its recent hack after claiming all funds will be refunded. A contributing factor to its 23 percent rise could be its listing on Cryptorank.io.

Litecoin $77.10 USD (-1.24 percent): eToro senior market analyst Mati Greenspan argues that LTC is trading at a “massive discount.” Greenspan argues that LTC has achieved more widespread adoption than many of its peers; more than double the daily active addresses (DAU) of bitcoin cash (BCH), despite BCH having 3 times LTC’s valuation. LTC’s market cap to DAU ratio is among the lowest in the large-cap cryptocurrency index. Furthermore, recent announcements such as the Litecoin Foundation’s purchase of a 9.9 percent stake in German financial institution WEG Bank, could further bolster LTC’s rate of adoption.

Meanwhile, CRYPTO.com, the payments and crypto platform, announced that LTC has been added to its MCO Wallet App, joining BTC, ETH, BNB, and CRYPTO.com‘s MCO.

NEO $28.82 USD (-3.50 percent) has announced its partnership with CertiK, a security auditor, to intensify the protection and verification of smart contracts for its platform.

OmiseGo $5.69 USD (-5.61 percent) will soon be added for trading on the Bitpanda platform. The addition of OMG follows that of IOTA, Komodo and EOS.

Ripple $0.435452 USD (-2.87 percent) has been listed by Canadian cryptocurrency exchange and brokerage platform Coinsquare for trading this week, as the exchange aims to challenge Coinbase; who have been very hesitant to add XRP. Coinsquare expansion will be financed by an IPO on the Toronto Stock Exchange, looking to raise CAD$150 million (USD$120 million).

Stellar $0.268530 USD (-2.23 percent): SharesPost, a leading provider of private company liquidity solutions and private capital markets research, has announced a new partnership with Lightyear.io, a software company that develops applications and infrastructure for the Stellar ecosystem. The partnership entails adding the Stellar DEX to SharesPost’s Global Liquidity and Settlement System (GLASS) as an exchange node. In conjunction with SharesPost’s existing Alternative Trading System (ATS), GLASS will enable issuers listing security tokens on the Stellar DEX to trade compliantly in every major global market.

ZCash $192.68 USD (-4.05 percent) has been integrated on P2P exchange, Liberalcoins, expanding its offering of privacy coins.