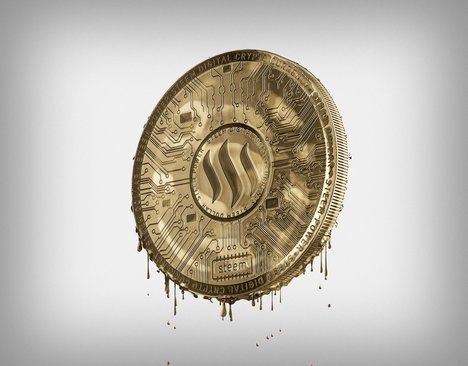 The Agricultural Bank of China (ABC), one of the world’s largest banks by total assets, has completed the issuance of a loan worth $300,000 backed by a piece of agricultural land as collateral, using a blockchain system. The application is part of the bank’s effort to bring wider access to loans for farmers and businesses who own agricultural land in rural China.

Bitmain — best known for manufacturing bitcoin mining equipment — raked in $1.1 billion in profit during the first quarter of 2018. Conservatively, the company expects to earn $2 to $3 billion in profit for the fiscal year; figures that place Bitmain nearly on par with chipmaking giant Nvidia as they prepare for their Hong Kong IPO.

Coindeal, the cryptocurrency exchange, has sealed a shirt sponsorship deal with Wolverhampton Wanderers for an undisclosed sum, running for the entire duration of the 2018-19 Premier League season.

Coinbase has announced the appointment of its first-ever chief compliance officer as it moves to become a licensed broker-dealer in the U.S. Jeff Horowitz joins the firm following decades working for both banks and regulatory bodies.

Everex, a Singapore-based financial technology firm, has partnered with Myanmar’s Shwe Bank to introduce blockchain-Powered remittance Services between Myanmar and Thailand. The partnership will enable millions of Myanmar migrant workers living in Thailand to send money home instantly and securely at much lower transaction costs than traditional remittance methods.

Sky Mining: Le Minh Tam, head of Vietnam-based Sky Mining, has been missing since July 26, as the CEO of the crypto mining startup has reportedly disappeared with $35 million in client investments.

Ultrain, a public blockchain project founded by the former tech director of the Alibaba Group’s security unit, Ray Guo, has raised over $20 million from institutional investors in a combined token and equity sale. Leading investors in the round included Draper Dragon, Arrington XRP Capital, OKCoin exchange, Morningside Capital, amongst many others. Ultrain is designed as a scalable platform for empowering dapps, claiming to be able to process 3,000 transactions per second (TPS) hosted on Alibaba cloud servers.

Australia’s government has granted A$2.25 million ($1.7 million) to the Sustainable Sugar Project, which will use blockchain technology to track the provenance of sugar supplies.

Dubai: The Dubai International Financial Center (DIFC) Courts announced that it is teaming up with the government-backed Smart Dubai initiative to form a task force that will focus on developing the blockchain-based legal platform. The DIFC aims to employ a network based on blockchain and smart contracts to allow different courts to share information in a decentralized manner.

Iran’s national currency has crashed to its record low against the U.S. Dollar as the country prepares to face economic sanctions imposed by the Trump administration. Bitcoin trading volume within the country has experienced a marked uptick, as Iranians had sent over $2.5 billion out of their land to purchase bitcoin and other digital currencies.

South Korea: Under the existing tax law in the country, startups and SMEs can apply for a deduction of 50–100 percent of their income tax or corporate tax in the first five years after their establishment, and 5–30 percent thereafter. A proposed revision would exclude crypto exchanges from this category. A draft revised bill will be presented to the National Assembly by Aug. 31 for parliamentary debate before a decision will be made.

U.S.: A poll conducted by Gallup and Wells Fargo asked U.S.-based investors about their views on bitcoin, finding that just 2 percent currently own any and more than 70 percent have no interest in ever buying BTC, with 75 percent of U.S. investors finding it “very risky.”

Bitcoin $7,988.01 USD (-2.02 percent): Within hours after its 4 percent drop yesterday, BTC rebounded from $7,800 to $8,150, showing the bulls determination to hold that level. BTC dominance has ticked up to 48.5 percent, as altcoins languish, despite BTC struggling to hold $8,000. Tom Lee has claimed that “it’s a sign of a positive change in crypto that bitcoin has essentially shrugged off the Winklevoss ETF rejection. If this took place in April-June (more bearish period), the crypto market would have seen a sizable sell-off.”

Bitcoin Cash $792.23 USD (-3.11 percent) celebrates its first birthday on August 1st and to mark the occasion, Cloudbet is offering customers to double all BCH deposits up to 1 BCH made on August 1st. The offer applies to new and existing customers and reflects Cloudbet’s commitment to BCH betting.

Ethereum $439.46 USD (-4.71 percent) co-founder Buterin Vitalik believes that the crypto community has focused too much on ETFs rather than making cryptocurrency easier to use as a method of payment for everyday purchases via payment cards. He claims an ETF will benefit crypto prices but making it easier for people to use it will do more for mass adoption.

Ripple $0.435901 USD (-3.10 percent): Cryptocurrency services firm AlphaPoint is powering a new decentralized exchange, dubbed DCEX, which should be open for trade in the next few weeks. The exchange uses XRP as its “base currency,” with most trading pairs denominated in XRP due to its low transaction costs and speed. New Singapore-based cryptocurrency exchange Bitrue also utilizes XRP as a base currency. The exchange launched over the weekend and is offering an airdrop to its top 10 XRP traders.

Stellar $0.270765 USD (-9.77 percent): Chilean payment service platform Flow announced a partnership with cryptocurrency exchange Cryptomkt that allows customers to pay for everyday goods and services with XLM at over 5,000 merchants, along with BTC and ETH.

Tron’s $0.034233 USD (-6.62 percent) founder Justin Sun has revealed more information about the BitTorrent acquisition, claiming that the Tron protocol will likely be integrated directly into the file-sharing platform in an effort called Project Atlas. Sun says this can be accomplished by rewarding users who share files on the BitTorrent network: “at this point, there is no incentive for peers who have completed downloading to continue to seed. We intend to extend the rewards to peers who seed torrents, infusing more resources into the current ecosystem.” 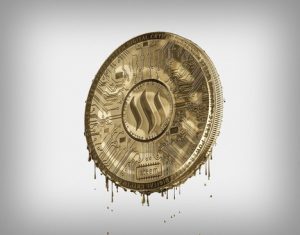