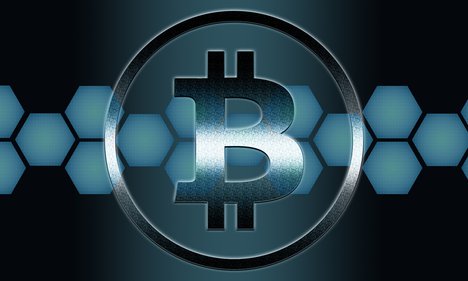 Gibraltar United, a Premium Division football team, will become the first football team to pay its players in cryptocurrency next season.

Thailand plans to implement a new registrar service platform combining fintech with blockchain technology, which will cut bond issuance times in more than half. The Thai Bond Market Association (TBMA) plans to put it to practice during the current year to improve the growth of the secondary market.

The UK Law Commission is in the process of codifying the use of smart contracts into British law to keep it updated and make it relevant to the challenges of modern technology. If the legal reform is successful, the UK will become one of only a handful of jurisdictions that legally recognizes smart contracts.

US Congressman Bill Huizenga has urged Congress to focus on crypto regulation as he advocates more oversight in the “muddied and fairly opaque” ICO and digital asset markets.

CLS, the FX settlement giant, is in the final stages of testing its blockchain payment service for banks. The service is set to be launched later this summer, with at least seven banks expected to sign on to the system in the early months. They have been working with IBM to introduce the blockchain-powered payment netting service, which will be incorporated in banking IT systems to standardize global FX markets and reduce costs.

CNH Industrial, one of the world’s largest capital goods companies, has agreed to a multiyear deal with IBM to implement blockchain technology, as they seek to enhance a range of internal processes to “optimize its global activities.”

The Commonwealth Bank of Australia (CBA) has announced the completion of a cross-border shipment that utilized blockchain to track goods in the supply chain. 37,000 pounds of almonds were shipped from Australia to Germany and were tracked via a private blockchain platform developed by the bank on top of the Ethereum network.

KickICO, the ICO support platform, lost $7.7 million in KICK tokens in a hack last Thursday, after the KickCoin smart contract owner’s private key was compromised. The startup have announced that they are committed to returning tokens to all holders.

Monex Group, the online broker which bought out hacked Japanese cryptocurrency exchange Coincheck, plans to launch a U.S.-based trading platform. They expect Coincheck to be up and running again next month, following delays in getting a licence from the FSA.

Nasdaq Inc. held a closed-door meeting in Chicago this week to discuss steps for legitimizing the crypto industry in global markets. Around half a dozen representatives from both traditional finance and the crypto industry firms were present, including the Winklevoss twins’ Gemini.

Pantera Capital, the crypto investment firm, reported a more than 10,000 percent lifetime return, coming five years after its formation. Unsurprisingly, they are still bullish on BTC.

TransferGo has become the world’s first remittance operator to offer crypto trading. TransferGo now lets customers trade five major cryptocurrencies –– BTC, ETH, XRP, BCH, and LTC. CEO Daumantas Dvilinskas claims that “with over 4,000 users signing up in the first few hours we can see there is a strong demand in the market for a simple and reliable investment and trading solution.”

VanEck, the money management firm, has responded to the SEC’s concerns over bitcoin ETF’s in a letter to the regulator made public on the agency’s website. Addressed to Dalia Blass, director of the SEC’s division of investment management, the letter tackles the five points of order from the SEC’s previous communication with the industry, namely: valuation, liquidity, custody, arbitrage, and potential manipulation.

Bitcoin $8,147.55 USD (-0.20 percent): Founder and CIO of Miller Value Partners, Bill Miller, is bullish on Bitcoin though he thinks that most other cryptocurrencies are worthless. He sees less panic in the industry today: “every day that it doesn’t blow up or go to zero or get regulated out of existence, more money flows into the ecosystem”.

Bitcoin Cash $816.75 USD (-0.07 percent): Skrill, the digital wallet and mobile payments facilitator, has addedBitcoin Cash, Bitcoin Litecoin, and Ethereum currency options for its customer base of over 25 million spread worldwide. Customers can now buy and sell the cryptocurrencies using any of the 40 available fiat currency options, including USD, EUR, SGD, and NZD.

Ethereum $460.45 USD (-0.85 percent) developers are implementing code for Constantinople, the network’s next system-wide upgrade. Constantinople will be activated sometime before October’s Devcon4 ethereum conference and will include various optimizations aimed at making the platform more efficient – and less costly in terms of fees.

Meanwhile, the collaboration between Binance Labs and Libra Credit will improve international demands of liquidity of crypto’s on Ethereum’s blockchain. This partnership will allow the Binance Coin holders to receive loans guaranteed by Binance.

EOS $8.16 USD (-0.58 percent) is now available for trading on Bitpanda, who have also announced their ability to support ERC-20 tokens.

NEM $0.174407 USD (-1.07 percent) Philippines has announced its MOU with The Cagayan Economic Zone Authority [CEZA], as NEM continues to expand in the region. The Cagayan Special Economic Zone is known for its open-ended market scheme and trading policies that make it conducive for fintech companies to thrive.

NEO $32.92 USD (-2.11 percent) co-founder, Erik Zhang, discussed the NEO 3.0 upgrade, claiming it “will be an entirely new version of the NEO platform, built for large scale enterprise use cases. It will provide higher TPS and stability, expanded APIs for smart contracts, optimized economic and pricing models, and much more. Most importantly, we will entirely redesign NEO’s core modules.”

Salt $1.02 USD (-5.70 percent): Nexo has expressed their interest in acquiring what remains of SALT Lending, a membership-based lending and borrowing network. The tweet made it seem as if Nexo wants to “lend a helping hand” to its competition, while sharing its willingness to “provide instant liquidity to its community, up to $2,000,000 per client without “proof-of-access requirements”. They attached a letter of intent to SALT Lending, expressing their interest in the acquisition, whilst making a list of promises that will be executed during the acquisition.

Stellar’s $0.300348 USD (-3.40 percent) payment provider partner SatoshiPay, has announced that it would go public and be a part of the London Stock Exchange’s AIM market.

Tron $0.036878 USD (-0.91 percent) saw gains close to 10% over the weekend, whilst the rest of the industry including BTC remained stagnant. The smooth mainnet migration alongside the BitTorrent acquisition were contributing factors. Furthermore, the new testnet of Tron’s Virtual Machine (TVM) is scheduled to go live on July 30, and, according to the company’s latest announcements, is 80% faster than Ethereum. There is also a so-called secret project that will be announced alongside the TVM launch. According to Justin Sun, their secret project will add over 100 million active users to the Tron platform.

Meanwhile, Freewallet has announced the launch of the first ever digital wallet fully dedicated to TRX. As reported, the newly released wallet will be available to use on Android and will be added to Multiwallet that is available on both Android and iOS.

Vertcoin $1.34 USD (-0.74 percent) is building a crypto community with over 40 merchants and businesses that are accepting the coin for payments. Vertcoin is focused on local shops, online merchants and independent businesses with CoinPayments facilitating VTC payments for merchants, charging a 0.5% fee. 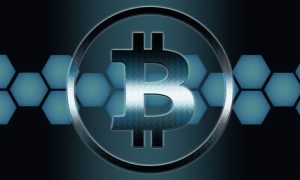 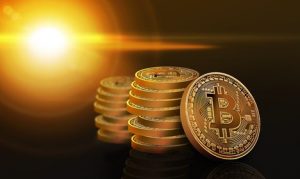