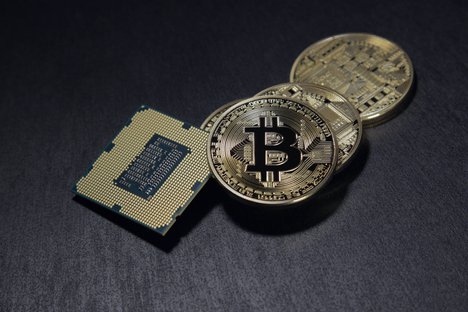 CoinDesk has released its Q2 2018 State of Blockchain Report. Overall, the report claims Q2 was a bad for HODLers but good for BUIDLing. Despite the downturn, investments in the industry continued to boom, with notable increase in the size of fundraising for projects, as well as in the sophistication of how the offerings are structured. However, total ICOs closed per month plateaued after their late 2017 peak, so larger rounds were raised from fewer total projects, suggesting a new winner-take-all environment (such as the mega-ICOs of EOS and Telegram). The legal sophistication of some ICOs grew as well, with Simple Agreements for Future Tokens (SAFTs) growing as a new method of investment for VC’s.

Ernst & Young have acquired crypto-related technology assets developed by California-based Elevated Consciousness. This includes the Andy Crypto-Asset Accounting and Tax (CAAT) technology, a tool which links with multiple cryptocurrency wallets and exchanges thus enhancing the visibility of transactions and inventory. CAAT will allow the member firms of the accounting giant as well as their clients to better assess the risk associated with the reporting of taxable income for crypto assets.

Fortune have released the first crypto-focused version of its prestigious “40 under 40” honor roll for the most impressive young disruptors. Among the list are Coinbase’s Brian Armstrong, Ethereum’s Vitalik Buterin, and Bitmain’s Jihan Wu.

Iran may soon issue its own cryptocurrency. Alireza Daliri, the department’s deputy head in charge of investment affairs, said that the project is ongoing in cooperation with the Central Bank of Iran. The cryptocurrency would back and tokenize Iran’s national fiat currency, the rial, to facilitate domestic and cross-border transactions ahead of the U.S. sanctions, which go into effect next month.

India’s recent outright ban on banks having any relationship with cryptocurrency exchanges has not deterred their viewpoint of cryptocurrency as a means of electronic payment, as a recent report suggests crypto as a viable alternative to cash for online sports betting.

Malta: The Malta Financial Services Authority (MFSA) is currently involved in a consultation exercise to ensure that all stakeholders are well informed on what the three blockchain and crypto laws that were passed recently, entail. The MFSA has told the blockchain sector to wait because although the laws have been passed on the 20th of July, consultations with the MFSA are still ongoing for these bills to become law. It has been announced, however, that the laws will become effective on 1st. October.

United States: CFTC Commissioner J. Christopher Giancarlo has stated that the agency’s primary remit is not to exercise regulatory jurisdiction over cryptocurrency trading markets and other cash markets (which he states is the SEC’s role), but to deal with fraud and compliance in large futures markets. Going further, he stated that the commission cannot build out its own blockchain framework because doing that would require funding that has to pass through an appropriation process. Because of this and other factors he said, the commission is falling behind its contemporaries in terms of understanding blockchain technology, such as the BoE who have announced a new blockchain compliant payment settlement system. He has advocated cooperation and not to harm tech advances.

Meanwhile, a new Congressional bill would update the mandate of the Financial Crimes Enforcement Network (FinCEN) to include a specific focus on cryptocurrencies. The FinCEN Improvement Act (H.R. 6411), filed jointly by U.S. Congressmen Ed Perlmutter (D-CO) and Steve Pearce (R-NM), directs FinCEN to investigate how cryptocurrencies might be used in terrorism or other illegal activities.

Venezuela’s Maduro says the country’s national currency is to be redenominated on Aug 20 & anchored by cryptocurrency, the Petro, which is sanctioned by the U.S.

Bitcoin $8,243.95 USD (0.49 percent): CoinDesk’s State of Blockchain Report analysed BTC performance over Q2. Bitcoin trading activity on exchanges dipped 26 percent over the quarter. The use of bitcoin’s blockchain to transact on-chain also declined 28 percent, however, this could be due to the booming growth of lightning network. Miner revenues (-22 percent) and fees (-19 percent) dropped as well. Hashrate bucked this trend, but with slowed growth (+26 percent in Q2 compared to +47 percent in Q1). Yet while bitcoin’s bear market continued, development activity carried on without distractions. This report comes as BTC futures volumes have been rising significantly, indicating new Wall Street entrants. BitMEX announced that the platform experienced a record-breaking trade volume of 1,000,000 BTC in 24 hours. However, according to Clem Chambers, CEO of ADVFN, the large spike in volume has come from Asia, claiming trade wars and the devaluation of the Chinese Yuan caused a surge in BTC as a storage of value.

Meanwhile, Bitmain said that it will begin publishing regular reports on the size of its in-house mining operation as part of a wider transparency push it has been making prior to going public later this year. They claim that even if the firm’s entire array of SHA256 ASICs was directed at BTC, it would represent just 4 percent of the network’s hashrate. The firm reportedly hopes to raise another $1 billion at a $15 billion valuation, which would place it roughly on par with semiconductor giant AMD.

Ethereum $478.39 USD (1.48 percent): Google has abruptly removed MetaMask from the Chrome Extension store without any explanation. MetaMask plays a vital role in the mainstreaming of Ethereum, as it provides an interface between conventional web browsers and decentralised networks. Using MetaMask, users can access Ethereum DApps in their browsers with no need to run a full blockchain node. Thus, its removal will make it more difficult for chrome users who do not already have the extension installed to access Ethereum Dapps, effecting Ethereum adoption. Nonetheless, MetaMask are hopeful that they can resolve the issue soon.

EOS $8.60 USD (0.78 percent) has been added to the RoboForex platform and is now available for trading with the broker on both MT4 and MT5 platforms.

Stellar $0.327515 USD (8.65 percent) has been seeing significant gains recently due to their new USD anchor supported by Coinbase (also speculations surrounding a potential listing on Coinbase), as well as its token being announced as Sharia-compliant. Furthermore, BitIra has added stellar to its platform, along with ZCash.

Tron $0.037829 USD (2.77 percent): Indian exchanges Zebpay and WaxirX have declared integration with Tron’s current MainNet and new TRX20 tokens. This follows news that Tron have finally concluded its protracted takeover of fallen peer-to-peer giant BitTorrent, giving them access to its 100 million user base.

Waves $2.75 USD (1.68 percent) DEX has undergone a complete redesign and radical overhaul, with new API and improved stability, which is now finally live.

ZCash $227.25 USD (7.30 percent) has been added to crypto security and storage startup BitGo. The privacy-focused crypto joins several major crypto assets on the startup’s platform, which offers a multi-signature wallet, custodial products and services for users that include institutional clients. Meanwhile, Evolve Markets recently announced the addition of ZCash to its trading platform for trading on the Metatrader five platform. 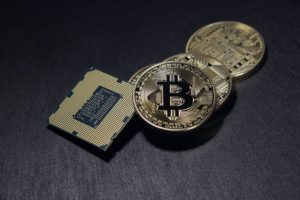