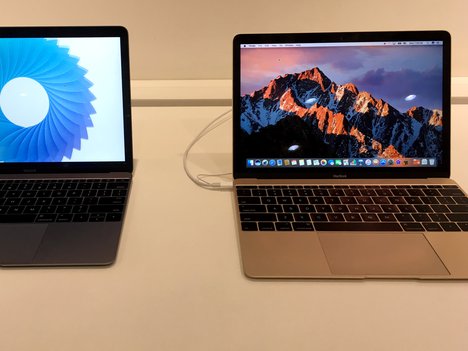 Coinbase said on Monday it got the green light from the SEC to move forward with a trio of acquisitions but are now saying it never got such an endorsement. “It is not correct to say that the SEC and FINRA approved Coinbase’s purchase of Keystone because SEC was not involved in the approval process,” Coinbase spokeswoman Rachael Horwitz said. “The SEC’s approval is not required for the change of control application. Coinbase has discussed aspects of its proposed operations, including the acquisition of the Keystone Entity, on an informal basis with several members of SEC staff.”

Coinrail: South Korean crypto exchange has reopened just over a month after suffering an attack which resulted in the theft of $40 million in cryptocurrencies. Coinrail is now offering compensation to its customers as well as tightened security on the platform.

CFA: The world-renowned Chartered Financial Analyst (CFA) examination is adding cryptocurrency and blockchain topics to its curriculum, a move that is poised to bring widespread knowledge of crypto to the financial mainstream.

GMO: Japanese digital services firm has just launched a new web bank that will use blockchain to facilitate payments. The joint enterprise with Aozora Bank Group will launch the “next-generation” bank.

JPMorgan publicly tested a new application created on Quorum to handle finance instruments. It phantom-issued a $150 million, one-year, floating-rate Yankee certificate of deposit on the blockchain, in parallel with the actual issuance of the CD. Investors included Goldman Sachs Asset Management, Pfizer and Western Asset. The bank said the trial proves its blockchain technology can handle financial instruments of all kinds.

Oracle has formally launched its much-anticipated blockchain service, and many global organizations have already jumped aboard the platform. The Oracle Blockchain Cloud Service offers its clients a safe environment to build and test their own networks. Users will be able to easily integrate Oracle’s Software-as-a-Service (SaaS), Platform-as-a-Service (PaaS) and third-party applications.

Trading Technologies announced a partnership with a group of cryptocurrency exchanges to stamp out manipulation on their platforms. Having previously partnered with Coinbase to allow professional clients to trade BTC futures and the underlying asset side-by-side on TT’s trading platform, UK crypto exchange operator Coinfloor will be using the firm’s Score technology to monitor its markets for manipulation and other unusual activity.

Australia: Blockchain and investment company Decentralised Capital has announced the launch of Australia’s first ever cold storage vault for digital assets. The vault was created in partnership with Custodian Vaults, a subsidiary of precious metals firm Pallion Group. Meanwhile, director at ‘big four’ accounting giant PWC in Australia, Ingram, has quit the firm to join crypto exchange bitcoin.com.au as its newest CEO.

India: Amit Bhardwaj, the arrested Ponzi scheme kingpin accused of scamming thousands by promising outlandish returns on investments in Bitcoins, has offered to pay back investors their initial investments in Indian rupees even as Zebpay has been roped in to help with the investigation.

Iran: The chairman of the parliamentary economic committee expressed his hope that in the next two months a definite and defined standard will be determined regarding Iran’s position on digital currency.

Japan has overhauled the FSA to better deal with fintech-related fields, including cryptocurrencies. Changes were made to various bureaus to make the organization more suited to address new problems and challenges in the financial sector.

Bitcoin $7,393.94 USD (10.02 percent): Litecoin founder Charlie Lee claims new investors should purchase one whole BTC before buying any altcoins: “The point is, don’t think of it as missing out. Owning other coins is much riskier. Owning BTC is more of a sure bet. So, before you speculate, invest in something solid first.” These comments come after BTC gained over 10 percent overnight. Volume has hit $20 billion, gaining significantly from the average of around $11 billion over the last couple of weeks. This sudden spike liquidated a considerable number of shorts on the BTC price and caused a stop run through key technical resistance level of $6,800, which the price has struggled to hold above since the June 11.

DigiByte $0.043744 USD (10.77 percent): Crypto payments gateway UTRUST has announced their new collaboration with DigiByte. DigiByte’s Awareness Team Marketing Manager Rudy Bouwman: “We are excited by the prospect of working with UTRUST and getting DigiByte to be your payment processing solution; this would allow us to grow organically and attract more interest as an open source solution.”

Litecoin $91.12 USD (8.88 percent): Founder Charlie Lee posted on Reddit clarifying his position within the Litecoin Foundation and the future of the Foundation following its acquisition of a 9.9% stake in German bank WEG Bank AG. Lee mentioned that with a seat on the board of the bank, he will be able to positively influence the further adoption of cryptocurrencies in the bank’s operations. Whilst not guaranteed, Lee claims the potential gains outweigh the risks.

NEM $0.193349 USD (11.05 percent): The NEM.io Foundation has announced the launch of two NEM Blockchain Hubs, one in Australia and one in New Zealand, to serve as an education hub for blockchain technology.

OmiseGo $8.08 USD (9.27 percent): As a scaling solution to its selloff woes, OMG has partnered with Status Network. Status tweeted: “Status and OMG share a common vision to make the world a more open and equitable place through easy access to the Ethereum public blockchain. While OMG focuses on building open infrastructure and open financial tools, Status focuses on putting these tools into the hands and pockets of people around the world.” Meanwhile, OMG is now available for trading on CredoEx.

Stellar Lumen $0.281062 USD (20.49 percent) has become the first DLT protocol to obtain Sharia certificationfor payments and asset tokenization. Following a review of the technology’s properties and applications, the Shariyah Review Bureau (SRB) had certified Stellar as a Sharia-compliant vehicle for conducting monetary transfers and tokenizing real-world assets. This certification from SRB — which is licensed by the Central Bank of Bahrain and operates an international Sharia consulting practice — will enable Stellar to forge partnerships with Islamic financial institutions throughout the Middle East and Southeast Asia. Meanwhile, a new project for a U.S. dollar-pegged stablecoin, dubbed ‘Stronghold USD’, that runs on the Stellar blockchain network has received backing from IBM. The token launched today and is insured by the FDIC, giving it a comparative advantage over the controversial stablecoin Tether. IBM has continued their commitment to blockchain, announcing a new research center through a partnership with Columbia University in a move aimed to boost blockchain application development and education initiatives. 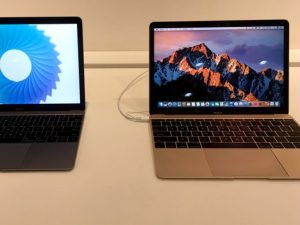 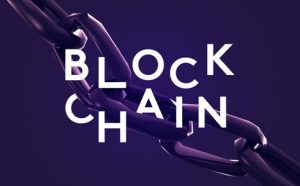