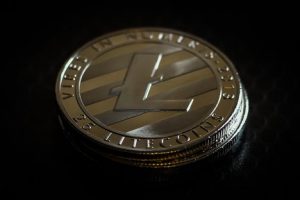 The millions of anime fans and cosplayers have become the latest target for the growing cryptocurrency market according to a new article from Forbes on Friday.

Cosplay Token is a cryptocurrency based on the Ethereum blockchain which has quickly become an alternative to Bitcoin, but it is already facing criticism that it’s similar to Otaku Coin.

Lauren Orsini asked cosplayer social media site, Cure WorldCosplay, the token’s parent company, how users of the website would benefit from the cryptocurrency.

“Although Cure is focusing much more on the creators and makers instead of general crowdfunding, in some aspects, such as payment, Cosplay Tokens (COT) will have overlapping markets as cosplay is deeply connected to the anime, comic and game industries,” Cosplay Token spokesperson Ian Yun said. “In order to facilitate sustainable growth for creators and the industry as a whole, Cure is creating the Cure Protocol as well as a variety of other initiatives aimed at promoting growth within the industry and allowing cosplayers to realize their value.”

Yun said cosplayers can create their own sub-cryptocurrency Player Coins to exchange on the site and the more popular it becomes, the more value the subcoin would gain on the website.

He said it was invented as a method for fans to tip the cosplayers they admire while also receiving rewards in return for their participation on the site.

Cosplay Token said it would also be available in the same way as real money and fans can purchase goods or service for any location that accepts the base cryptocurrency Ethereum.

Yun also said fans can expect the tokens to remain affordable since the currency will be decentralized.

“The currencies and tokens themselves (COT, different Player Coins) will be decentralized and transferable the same as other decentralized currencies,” said Yun. “Platform initiatives and direction will be chosen and developed by Cure WorldCosplay.”

But Forbes also noted the company plans to mint a large number of tokens which could hurt their value over time.

The cryptocurrency will be backed by WorldCosplay, which is the world’s largest online cosplay community, and will provide a built-in platform and audience for the token.

A number of high-profile cosplayers have already signed on to be ambassadors for Cosplay Tokeen, including Kazumi Noomi, Rikachuu, and Maridah, who will have a chance to create their own Player Coins within the Cosplay Token.

Yun said they planned to target fans that are already familiar cryptocurrency before reaching out to those who may be skeptical with investing in the decentralized currency.