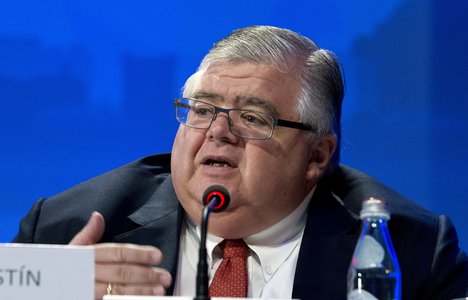 In an interview with a Basel-based media outlet June 30, Agustin Carstens, the head of the Bank of International Settlements, predicted not only a poor ending for cryptocurrencies, but also called for an end to their production, CoinDesk reported Thursday.

Carstens reiterated his belief cryptocurrencies represent “a bubble, a Ponzi scheme and an environmental disaster,” a BIS-published transcript shows.

In the interview, Carstens downplayed the idea of cryptocurrencies as a form of currency to attract young people saying the activities associated with cryptocurrency represent an effort to create money out of nothing, CoinDesk reported.

“Young people should use their many talents and skills for innovation, not reinventing money. It’s a fallacy to think money can be created from nothing,” Carstens said.

“Glance back into the past and you will see that creating gold or money from nothing has been a regular obsession,” he continued. “It never worked. … So my message to young people would be: Stop trying to create money!”

After his December 2017 appointment as the BIS general manager, Carstens has not shied away from making strong comments on cryptocurrency, CoinDesk reported. 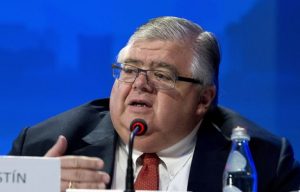