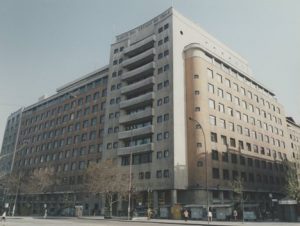 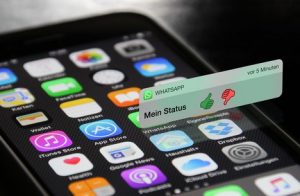 The banking industry from South America’s wealthiest nation is refusing to clarify why a number of cryptocurrency platforms had their bank accounts closed last month, according to Bloomberg.

Chilean trading platforms Buda, Orionx, and CryptoMarket all said they were trying to find ways to continue operating in Chile after their accounts were closed by the state-owned Banco del Estado de Chile, Bank of Nova Scotia, and Itau Corpbanca.

The exchanges registered complaints with an appeals court, which agreed to hear their case, but the accounts are still closed which are leaving the exchanges with nowhere to go.

A number of crypto-businesses are facing more regulation around the world as Chile’s financial institutions seem to be starting a whole ban on the industry, but it’s unclear if it is a request from the government, such as in China and South Korea, which have both banned cryptocurrency trading and initial coin offerings (ICOs).

“They’re killing an entire industry,” Guillermo Torrealba, Buda’s co-founder and chief executive officer, said to Bloomberg. “It won’t be possible to buy and sell crypto in a safe business in Chile. We’ll have to go back five years and trade in person. It seems very arbitrary.”

Even though the cryptocurrency market in the South American country is small, there have been a number of recent ventures launched to make new digital coins.

Often the businesses will use local slang for money for their businesses,s such as Chaucha and Luka, but a number of exchanges operate in Chile and other Latin American countries.

Before losing its bank account, Buda was trading almost $1 million per day, a small number compared to the $2 billion per day that some of the world’s biggest exchanges have.

But Torrealba said Buda is self-regulated and complies with all the same measures that the financial industry demands in knowing its customers, such as running checks with local and international authorities.

The company also helps prevent any fraud or criminal acts by only accepting bank transfers, not cash.

Itau Corpbanca Chief Executive Officer said in March that the bank supports new startups and technologies, but the cryptocurrency industry needs more oversight and the bank was only following internal norms when it came to deciding on whether to close or leave individual accounts open.

Scotiabank and BancoEstado did not reply to requests for comment from Bloomberg.

Chile’s banking association also declined to comment on the issue.

Some local reports have speculated that the orders to shut down the accounts came from the government since they were warning about some of the risks in cryptocurrency earlier this year.

Chile’s Financial Stability Council, which has representatives from the Finance Ministry, central bank and the securities, banks, and pension funds regulators, warned about the risks in a statement published April 5 and called for more regulation on the growing industry.