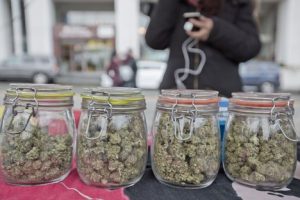 Cannabis Wire, a new trade publication dedicated to covering the growing marijuana industry is launching a newsroom using the blockchain-based journalism platform, Civil, according to CoinDesk.

The announcement published on the blockchain-based site described how Cannabis Wire’s newsroom will cover different type of content that will cater to both individual consumers and organizations including farms, lawmakers, and lobbyists that are interested in the intersection of cryptocurrency and marijuana legalization.

“We’re promoting a more objective standard for responsibly covering the cannabis industry. Many people don’t realize the scope of it today, and the myriad ways it can affect them,” said Alyson Martin, co-founder of Cannabis Wire.

Civil can use its decentralized platform to help the Cannabis Wire newsroom staff to spread quality journalism while readers can pay for content using cryptocurrency, sidestepping the demand for advertisers and potential political influence.

Newsrooms on Civil are self-governed by the community members utilizing Civil’s ERC-20 “CVL” token, according to the press release.

The platform also provides archives that are tamper-proof since Civil stores its content on a distributed ledger.

At the time, Civil reported that it would use that windfall to help develop its service.

While it’s still in development and the end result of the newsroom’s operation are unproven, Civil has already signed up five publications, including Cannabis Wire as the latest.