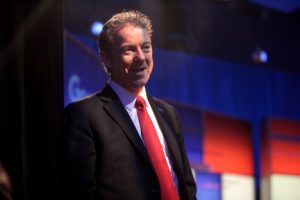 Cryptocurrency is making major breakthroughs the past year but as the United States midterm elections get closer, some candidates are opening up their donations to include digital currency as a means of funding their campaigns, according to CNBC.

Even though bitcoin had a tumultuous year, it’s still proving to remain popular and many politicians are looking into using the cryptocurrency to help spread news of their candidacy.

Republican Andrew Hemingway was the first to accept bitcoin for political contributions in 2014 when he was also the youngest gubernatorial candidate in New Hampshire history at 32.

Hemingway said that he started accepting the digital currency since there was a demand after many of his supporters requested to make contributions in the form of bitcoin.

“I believe at the time that I ran, [New Hampshire] had more of what they call ‘bitcoin billionaires’ than any other state in the country,” Hemingway said.

New Hampshire has one of the oldest bitcoin meetups in the country and has a number of crypto-friendly businesses in the state, which is largely due to a large population of libertarians thanks to the “Free State Project,” which started in 2001 and hoped to draw at least 20,000 libertarians to move to the Granite state.

Even though Hemingway ended up losing his bid for governor, the trend of accepting cryptocurrency was only beginning.

The Senate campaign for Austin Petersen from Missouri has already received 24 bitcoin contributions this year, including the largest crypto-contribution in federal election history at $4,5000, according to Federal Election Commission records.

Nelson tweeted that his run  was a “21st Century campaign and as such we embrace new technologies like #bitcoin.”

The FEC approved bitcoin contributions in 2014, describing that they should be treated as “in-kind donations,” which is a category that includes goods and services such as office equipment or special event auctions.

Democratic congressional candidate Brian Forde of California and Republican Kelli Ward who is running for one of Arizona’s Senate seats are also accepting bitcoin.

However, a number have called into question the transparency issues surrounding the cryptocurrency, since some lawmakers still view the currencies as related to illegal activites, such as money laundering.

Other criticisms also focus on how bitcoin anonymizes transactions, since transactors are not identified.

“If the interest is in transparency, we really want to make sure we know exactly who is donating these funds,” said Joe Birkenstock, former chief counsel of the Democratic National Committee.

This was the main reason why Kansas decided to ban bitcoin donations in October after the Kansas ethics panel said the cryptocurrency was “too secretive.”

The volatility of the bitcoin market also raises issues for political fundraising, but many candidates are willing to take the risk.

Some candidates also say that cryptocurrency is part of what they stand for, especially candidate who lean libertarian and advocate for money belonging to individuals, instead of the Federal Reserve.

“I am a big fan of the digital currency community because of what it represents, which is ultimately decentralization,” Petersen said in an interview with the St. Louis Post-Dispatch.