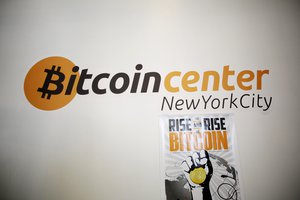 India. According to India’s Economic Times, the country’s tax department is considering a move to ban cryptocurrencies, which would render all transactions and holdings illegal. A group under the chairmanship of Subhash Chandra Garg, the secretary of the department of economic affairs, is in the last stages of deliberation and is expected to reveal the government’s approach on the entire spectrum of issues related to crypto currencies in the near future. https://goo.gl/XSn752

Binance. At approximately 2am this morning (GMT), Binance announced that its exchange will be down for roughly 12 hours, after they discovered a problem caused by data being out of sync. Trading will resume – at an initially slower-than-usual pace – this afternoon. https://goo.gl/EGbR3Q. At 11.30 am (GMT) Binance issued a new update stating that the problem would take long-than-expected to resolve, but they did not provide a new time frame. https://goo.gl/v4oWud

Tether. An article in Gizmodo this morning highlights the correlation between the market pick-up yesterday and Tether’s release of approximately 71 million Euros worth of Euro Tethers at 7.30 am. Tether had not minted any new coins since news of its subpoena by the CFTC was released. (Bitfinex, which is owned by the same company was also issued a subpoena.) Some analysts have suggested that since late last year USDT were created without USD backing as a means of artificially propping up Bitcoin prices when the market took a downturn. https://goo.gl/5qDgzz

ICO Revenue. A new study by Token Report suggests that ICO projects raised $911 million in January, down from a record monthly figure of $1.6 billion in December. https://goo.gl/RXGHZZ

Arizona. Several bills in the Arizona State Legislature suggest a willingness to embrace cryptocurrencies. One bill would recognize bitcoin and other cryptocurrencies as currencies, not commodities. Another bill would allow taxpayers in Arizona the option to pay their taxes with bitcoin. https://goo.gl/MB8M58

Japan. According to a report from Japan’s Nikkei, the country’s Financial Services Agency is looking to inspect several more cryptocurrency exchanges in the country starting as soon as this week, following its visits to Coincheck in the days after its recent major hack. https://goo.gl/rqcEWm

Korea. A case against the South Korean government over cryptocurrency regulations filed with the Constitutional Court has been referred to the Supreme Court. If the court rules that the regulations are unconstitutional, all existing crypto regulations imposed by the government could be nullified. https://goo.gl/gdJTJb

European Central Bank. This morning (GMT), European Central Bank executive board member Yves Mersch told Bloomberg that it would take a global effort to rein in the “public hype” surrounding the trade of cryptocurrencies. He added that, “for me, one obligation would already be to force the unregulated platforms to report transactions in a harmonised way to repositories so that we would have access to information – also in order to create a better response.” https://goo.gl/7odNov

Stock Markets. Turbulence in global stock markets has continued today. It is difficult to establish a cause and effect relationship between the crypto and traditional stock markets, although Business Insider reported money started to pour into crypto during the initial selloff earlier this week. https://goo.gl/17CKgP

(Negative) Rise is scheduled to be de-listed from Bittrex tomorrow, unless it has met the exchange’s request for information and assurances. The de-listing appears to be connected to pressure from the SEC. https://goo.gl/j3G25a https://goo.gl/M5nQQZ

(Negative) Funfair is scheduled to be de-listed from Bittrex tomorrow, unless it has met the exchange’s request for information and assurances. The de-listing appears to be connected to pressure from the SEC. https://goo.gl/gfRZmc https://goo.gl/MikYeU

(Positive) Bitstarz, the online Casino, have announced that they have added support for Litecoin and Bitcoin Cash https://goo.gl/QitkiG

(Positive) Bitstarz, the online Casino, have announced that they have added support for Litecoin and Bitcoin Cash https://goo.gl/QitkiG

(Positive) In an announcement on the Ripple company blog yesterday, the San Francisco-based blockchain firm stated that it was entering into partnership with a leading Chinese money service company. Lianlian International is a Hong Kong licensed operation with 150 million users in the region https://goo.gl/K9KdCS

(Positive) Feb. 7, Veritaseum released a new version of their website, which includes news details of their team and a new overview of how Veritaseum operates. https://goo.gl/RH8g3f

(Positive) Feb. 7, Centra tweeted that their Centra Asia Headquarters will open in Korea in March. https://goo.gl/Kv7xUt 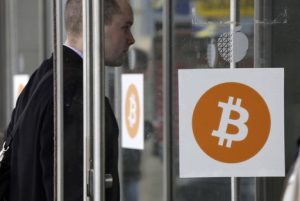