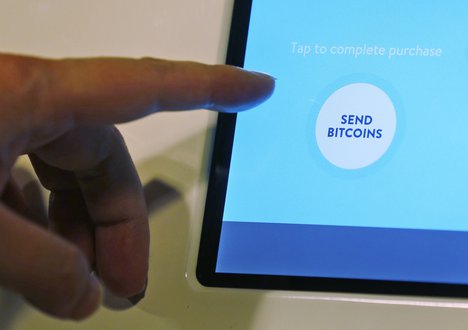 China. In September, China banned ICOs and cryptocurrency exchanges. Many Chinese investors, however, were able to get around these bans by using foreign exchanges, while many businesses relocated to Hong Kong. According to news reports from Feb. 4, Beijing may be about to block access to the websites of exchanges and ICOs based in other countries. The Financial News, which is linked to the People’s Bank of China, reported that “China will step up measures to remove any onshore or offshore platforms related to virtual currency trading or ICOs”. This story has received significant attention from non-Chinese media outlets this morning. Meanwhile, cryptocurrency-related advertisements have stopped appearing on Chinese search engine Baidu and social media platform Weibo. https://goo.gl/GneX2f https://goo.gl/kUq4u7 https://goo.gl/7Cgfrg

Lloyds Banking. The UK’s Lloyds Banking Group, which has 30 million customers, has banned the purchase of cryptocurrencies on its credit cards in response to the recent market turmoil. https://goo.gl/sbbvEc

Korea. While on trip to China for economic talks, South Korea’s Finance Minister Kim Dong-yeon declared that blockchain technology “is an important technological breakthrough” and “can disrupt and revolutionize the world.” https://goo.gl/zGpMvG

(Positive) Feb. 3, Litecoin announced that LitePay, a new payment processor, will be launched this week. LitePay will make Litecoin useable anywhere that Visa is. It will convert all payments to/from US dollars immediately, and all deposits will incur a flat 1% settlement charge as opposed to the 3% charged by credit cards. Litecoin made some significant gains the wake of this news (although some of this progress has now been wiped out). https://goo.gl/9fmEya https://goo.gl/4mPCYb

(Positive) Over the weekend, Charlie Lee also announced that a LitePal payment processing system will be launched later this year. LitePal will be a Litecoin-first payment processor. According to the official website, users will be able to use the service with PayPal, Western Union, Bitcoin and Litecoin, and the fees will be “bone chillingly low”. https://goo.gl/4mPCYb

(Positive) Cryptokitties, the popular Ethereum-based game, which has more than 250,000 active players, will be released on mobile phones later this month. https://goo.gl/sqbHky

(Positive) Spanish banking giant Banco Santander has announced to launch a new mobile app in Q1 2018, which will be powered by Ripple’s distributed ledger technology. https://goo.gl/MM9ktW

(Positive) Feb. 2, NEM announced that its team will visit Sadad, a leading fintech company in Bahrain, to discuss their interest in NEM’s technology. https://goo.gl/qyiinT

(Negative, unclear) Feb. 2, Rise tweeted a response to Bittrex’s threat to delist Rise on Feb. 8 (Bittrex currently accounts for the majority of Rise trading). The Rise team declared “that they will not be promising or providing any airdrops to Rise holders in the future in order to stay compliant with SEC regulations and remain on Bittrex.” No further updates have been provided. https://goo.gl/M5nQQZ

(Positive) Feb. 2, Reddcoin announced that it has been added to the GoDex exchange. https://goo.gl/P8a2Go