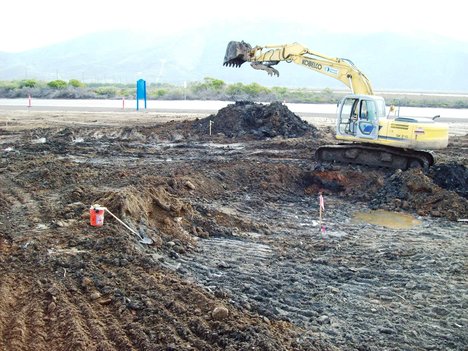 A misplaced, discarded hard drive worth nearly $75 million is laying among 200,000 tons of garbage somewhere in a Newport, South Wales landfill and its owner wants it back, Cryptocoinsnews reported Thursday.

He cannot retrieve his valuable device because the city won’t allow him to dig in the landfill, the report said.

Cryptocoinsnews described the events leading to the predicament as follows: Howells used an old laptop to mine the 7,500 bitcoins in 2009. Shortly thereafter, he sold the parts to the Dell M1710 on eBay after his girlfriend complained about the mining’s noise. He kept the hard drive in a drawer, just in case the bitcoins did increase in value. But he forgot about the hard drive, and four years later, he discarded it with the trash.

Howells, the report said, has not been able to get permission from city council to dig in the landfill and retrieve the hard drive. In order to do this, specialized equipment normally used in criminal investigations would be required.

He was told where even the police had to go digging would require a team of 15, including diggers with mandatory personal protection equipment, the report said.

Howells said he couldn’t fund such an operation, so he set up a wallet for donations. To donate, click here.

A Newport City Council spokesperson confirmed they have been contacted in the past about retrieving IT hardware containing bitcoins, but the council has balked on account of the costs of digging up the landfill and treating the waste, according to Wired.

Such an effort would cost millions, the report said, and be environmentally harmful, with no guarantee a working drive would be recovered. About 50,000 tons of waste is added to the landfill every year.

Meanwhile, a city council spokesperson said the drive has likely suffered serious galvanic corrosion from landfill leachates and gases, the report said. The landfill is not open to the public.

To his credit, Howells has the public address for his bitcoin, so he knows the bitcoins have not been moved. Because the data is encrypted, anyone who finds the hard drive would need Howells’ help to access it, the report said. 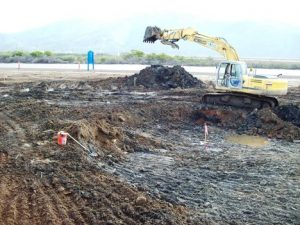