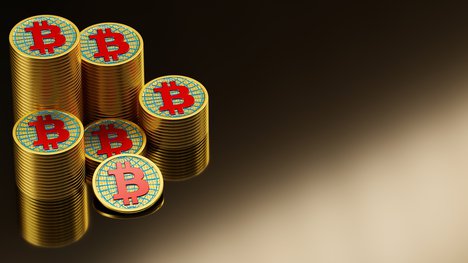 After a rough few days, Christopher Harvey is paying close attention to cryptocurrency market happenings and believes a crash on Bitcoin’s end could drag down stock prices, Cryptcoinsnews reported Tuesday.

“There is a significant amount of froth in the crypto markets. We do think that if that froth comes out, it will start to spillover.” – Christopher Harvey, Wells Fargo Securities head of equity strategy

“What we’re worried about is froth coming out of that market, and that’s starting to affect equities,” he said, adding “You’re seeing it a little bit, but just not to a large degree. And, it’s something to watch out for in 2018.”

His position comes from “a lot of good news already priced in,” and not seeing it go a lot further from this point, the report said. He predicts the market will face new challenges in the second half of 2018, including whether the cryptocurrency market crashes.

Continuing further, Harvey said, “What the market will have to contend with is EPS [earnings per share] peaking, ISM potentially peaking, you’re going to have the yield-curve in all likelihood flattening — and in addition to that, you’ll likely have multiples start to compress. You’re going to have to scratch and claw to stay afloat for it to break even.”

The hype around bitcoin and other cryptocurrencies is turning many consumers – particularly the younger ones – into investors chasing the market’s returns, Cryptocoinsnews said.

That result would lead to the assumption bitcoin is decreasing the stock market’s inflows, the report said.

However, investor Laszlo Birinyi says he sees the opposite: The cryptocurrency hype is luring new investors into stocks, Cryptocoinsnews reported.

According to Birinyi, the entire market is reaping benefits from the cryptocurrency craze.

“Bitcoin is a catalyst for a lot of interest,” he said. “It’s everybody. It’s also giving the guy on the trading desk, sitting at a hedge fund, a shot in the arm.”