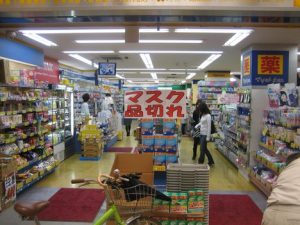 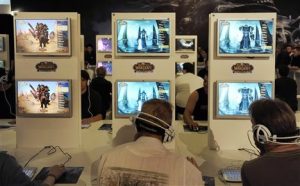 Financial regulators across Asia have been increasingly skeptical about the rise of cryptocurrencies like bitcoin, with many warning that regulations are forthcoming to help manage the growing industry, according to CNBC.

The latest was Bank of Japan Governor Haruhiko Kuroda who called the sudden boom in bitcoin prices “abnormal” during a press conference on Thursday, following the comments made by fellow regulators in Australia, Singapore, and South Korea.

Currently, Asia makes up the bulk of trading in bitcoin, which is the largest cryptocurrency by value.

Japan, South Korea, and Vietnam made up 80 percent of bitcoin trading activity worldwide at the end of November, according to data from the research firm CryptoCompare.

Even though bitcoin fell suddenly on Friday, it has still risen by more than 1,000% since January and many have started to examine how to introduce more financial products linked to cryptocurrencies, such as Goldman Sachs planning a future digital currency trading desk.

China was one of the main sources of tension for bitcoin this year when authorities banned bitcoin trading and initial coin offerings (ICOs) in September.

The People’s Bank of China, the central bank in the Communist country, warned that an unregulated market could threaten the world’s second-largest economy, even though the country is in favor of using the digital currencies under the correct regulations.

The PBOC said that it was investigating issuing China’s own sovereign digital currency and has a team working to develop one.

Japanese lawmakers were some of the first to legalize the use of bitcoin and other cryptocurrencies in order to make payments in April and later in September officially recognizing 11 cryptocurrency exchange operators.

However, the Bank of Japan has joined in warning against the possibility that bitcoin is “being traded for investment or speculative purposes,” not as a means of payment or settlement.

The Reserve Bank of India has been wary of the risks involved with cryptocurrencies being used by people to evade tax, launder money, or finance terrorism.

South Korea has also been skeptical and banned its financial institutions from dealing in cryptocurrencies, including buying, possessing, or holding them as collateral.

ICOs will also be outlawed according to a statement from the Prime Minister’s Office earlier in December.

Indonesia will ban cryptocurrency transactions beginning in 2018 in an attempt to protect its local currency, rupiah, according to the Jakarta Post.

Singapore also issued a notice earlier this week that warned cryptocurrency investors “run the risk of losing all their capital,” who joined neighboring country Thailand, in voicing concern about the risk of a bubble.

Further south Australia and New Zealand have also been cautious of the crypto-world.

The Reserve Bank of Australia’s governor Philip Lowe said it was a “speculative mania” across the world when it came to virtual currencies and said bitcoin was more likely to appeal to those inside an illegal economy instead of consumers.

Grant Spencer, the acting governor of the Reserve Bank of New Zealand, said that bitcoin was a “classic case” of a bubble after the volatile movements for the currency throughout the year.

Spencer said that while cryptocurrencies may have a part in New Zealand’s future, it would not be in bitcoin, and that the central bank was looking into demand for the New Zealand dollar and debating whether to change it to a digital alternative at some point.