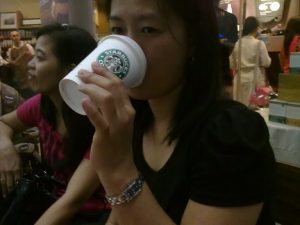 At a time when bitcoin is worth over $17,000 at the time this was written, when last year it was only $800, so may online advertising companies are turning to cryptocurrency mining, the nonconsensual use of a website visitor’s computer to generate more cryptocurrency, according to Endgadget.

Reporter Violet Blue wrote that Twitter user Noah Dinkin was one of those raising concerns about the trend by pointing how a Starbucks location was using its customers” devices to mine for the cryptocurrency Monero, but without their knowledge or consent.

The Starbucks reward site for Argentina was using its portal to run code from Coinhive that functions like a malware attack by forcing scripts and farming Monera coins on customers in Starbucks using the free wifi.

Starbucks has yet to respond to the allegations and public inquiries about the mining, causing concern that the company could have been doing it on purpose instead of it being a potential third-party.

Coinhive started to become known in September when Pirate Bay attempted to run a cryptocurrency miner through its website, which angered visitors who first suspected foul play and decried the experiment until Pirate Bay abandoned the attempt.

A few weeks later both Monero and Coinhive came up when Showtime’s websites were discovered to contain the scripts, which the company has not commented on, but there was speculation that it was testing the current trend of adding to advertising with cryptocurrency mining.

TrendMicro started tracking the trend of cryptocurrency mining malware in October for home devices including “home routers, IP cameras, and even smartphones,” while warning that “it takes a huge amount of power and resources to mine cryptocurrency, and the rising value will only motivate attackers to pursue it directly using more aggressive means.”

A number of security companies have come out to say that they are firmly against the use of things like Coinhive.

Ad blocker AdGuard said the actions were essentially “crypto-jacking” and warned the practice was rising this week while calling out for streaming sites for its use, including Openload, Streamango, Rapid Video, and OnlineVideoConverter.

Malwarebytes joined a number of other ad-block plugins that blocked Coinhive’s JacaScript from running on web pages in October since “there are site owners who do not ask for their users’ permission to start running CPU-gorging applications on their systems.”

Malwarebytes said Coinhive was the second most-frequently blocked website for its customers.

But these trends have only risen with the continually rising weight of the cryptocurrency market, which many experts warn has the sense of a bubble that is becoming too large with nowhere to go since many cryptocurrencies aren’t regularly used in the real world yet.