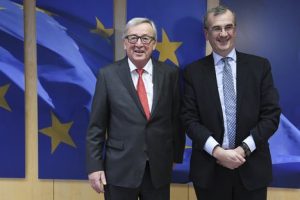 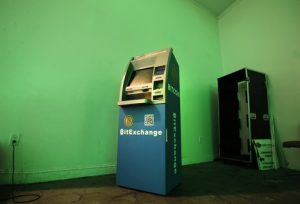 The Bank of France governor Francois Villeroy de Galhau said that Bitcoin is not a currency and not even a cryptocurrency this week, according to CoinTelegraph.

During remarks he made at a Beijing conference, Villeroy said that there was a need for “clarity” on Bitcoin while introducing an angle that hasn’t been seen in the mainstream narrative about the cryptocurrency.

“We need to be clear: Bitcoin is in no way a currency or even a cryptocurrency,” he said quoted by Bank of France in various publications. “It is a speculative asset. Its value and extreme volatility have no economic basis, and they are nobody’s responsibility.”

Many banks have been wary of bitcoin and Villeroy added to that to say that the Bank of France “reminds those investing in Bitcoin that they do so entirely at their own risk.”

A number of high-profile economic advisers have scoffed at bitcoin as it continues to rise in price through 2017.

Goldman Sachs CEO Lloyd Blankfein was also present during the interview and corrected him before Bloomberg continued to compare his television network to a blockchain.

“In fact, the Bloomberg system is a Blockchain; it’s just that instead of having the users control it, we control it,” he said. “But it has all the attributes of that.”